10 THINGS COUNCILS CAN DO TO PROMOTE BIODIVERSITY 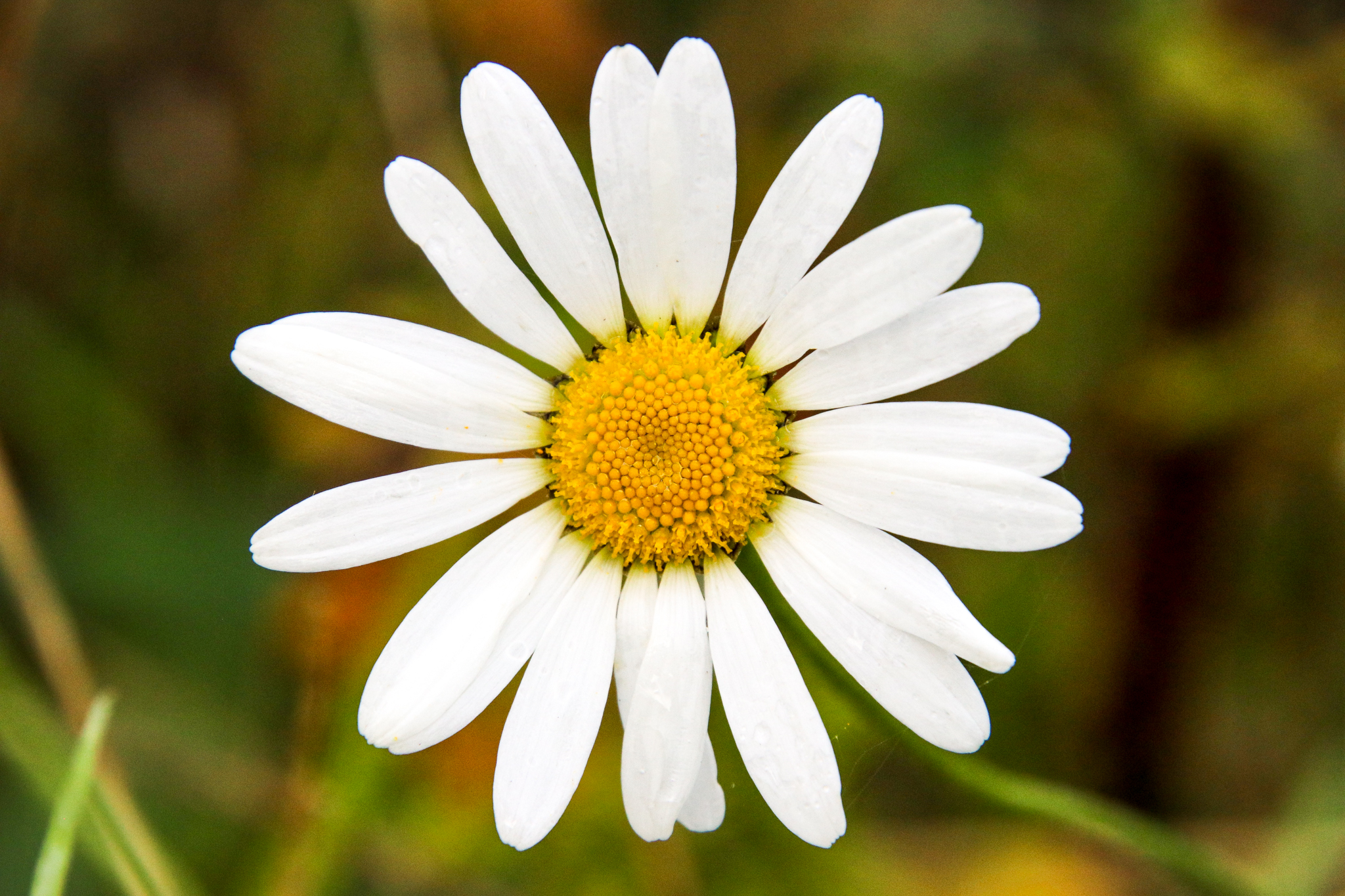 I wrote here about local councils’ use of weedkiller and the risks it poses and harm it generates. I also explained the context we're in the midst of the Sixth Extinction and biodiversity loss is spiralling.

In light of the desperate times we are in, it’s more important than ever that local authorities use their budget to promote biodiversity and work towards the recovery of our natural world. You'll notice that eight of my ten suggestions are free, and seven actually save taxpayer cash.

Widespread use of weedkiller costs a lot of money, poses risks to health, and destroys vital aspects of the ecosystem. It's also indiscriminate in the wildlife that it kills, it pollutes waterways and it sticks around in the soil far longer than it should.

Although some tree work - such as emergency work to reduce flooding risk - can be carried out with great care during bird nesting season, the vast majority of tree and hedge work should be done outside of this period. There's really no need to cut hedges between March and August, and doing so puts our breeding birds at risk.

Longer grass is incredibly important to our insect life, and our insect life supports our birds, bats, and hedgehogs as well as offering a host of ecosystem services like pollination and nutrient recycling.

Very short monoculture grass is not ideal habitat for most insects, so leaving some areas of grass to grow longer is a cost-saving way of promoting biodiversity. It allows the growth of wildflowers like clover which benefit bees, and allows areas for foraging hedgehogs and hunting barn owls.

Sports pitches and picnic areas can be kept short whilst less ‘useful’ areas can be left to grow longer to provide a biodiversity boost. 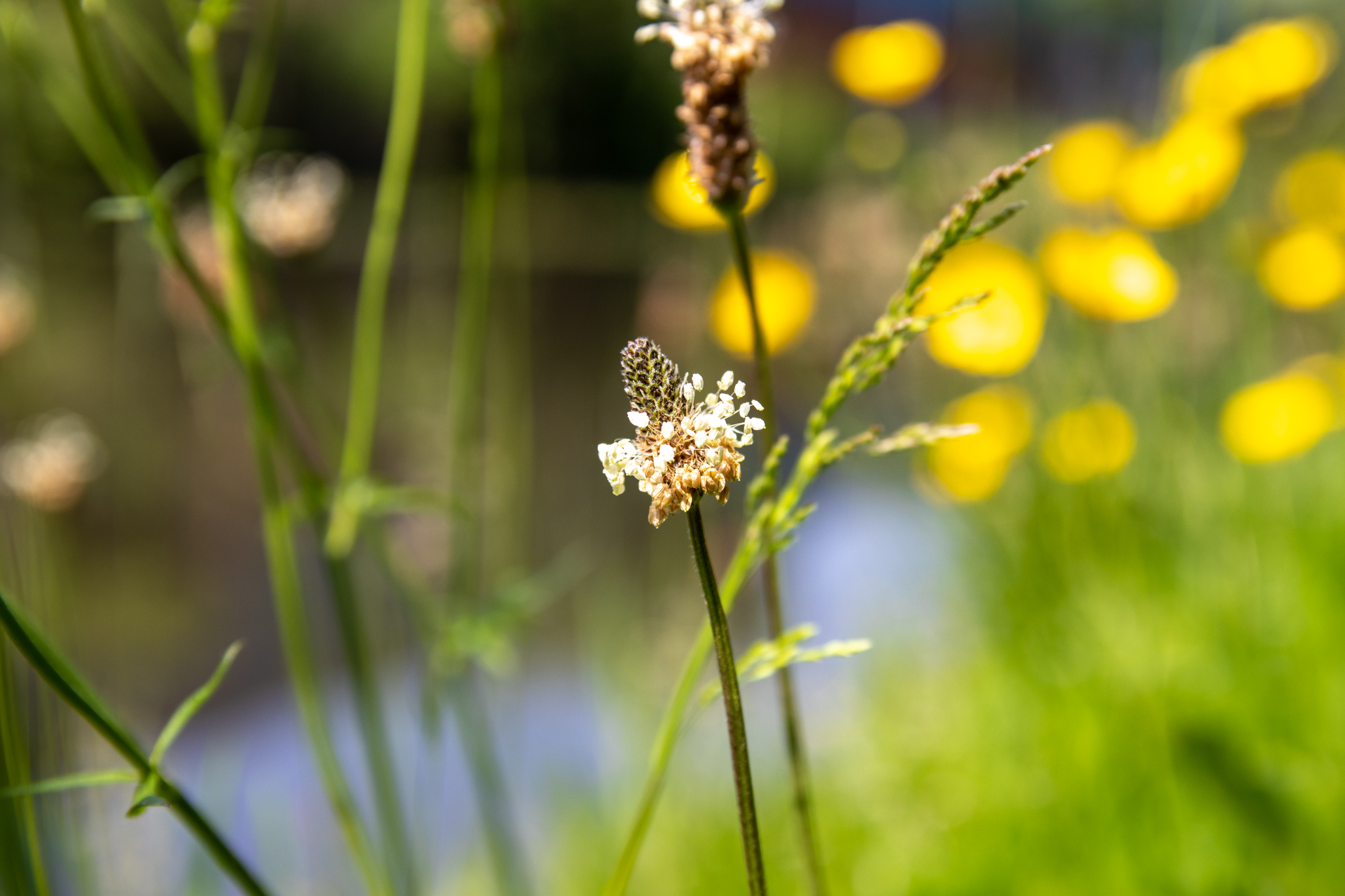 4. REDUCE OR CEASE THE USE OF CHEMICAL FERTILISER.

Artificial fertiliser is harmful to soil health, suppressing populations of beneficial bacteria and fungi and even earthworms.

Chemical fertiliser creates poor soil, which begins a dependency cycle and contributes to soil erosion and run-off because soil poor in microorganisms isn’t very good at retaining water and nutrients. Most of our native wildflower species don’t do well in artificially fertilised soil, and it’s an unnecessary cost.

Roadside verges are critical for our plant life. Not only do flowery verges bring us joy, they also play host to all 700 species of our wild plants, 87 of which are facing extinction.

They support rare plant species and provide great habitat for all kinds of invertebrates and small mammals - which is why if you’re lucky you’ll see owls hunting along roadside verges that have been allowed to grow.

Regularly cutting or mowing roadside verges is awkward and costly - and unnecessary. Wildflower verges only need to be cut once or twice a year and they look beautiful.

Plantlife, a charity campaigning for the return of wildflowers in Britain and the maintenance (or, as the case may be, non-maintenance) of wild verges, praises councils like Hampshire, Surrey and Wrexham for joining their programme and committing to offering their residents the joys of the colour and life associated with wilder areas.

Councils who have implemented this approach are already seeing increased numbers of birds of prey such as kestrels (a strong sign that the rest of the food chain is recovering), and residents are benefitting from the improved appearance of their shared spaces, as can be seen from all the elated posts on Plantlife’s social media pages. 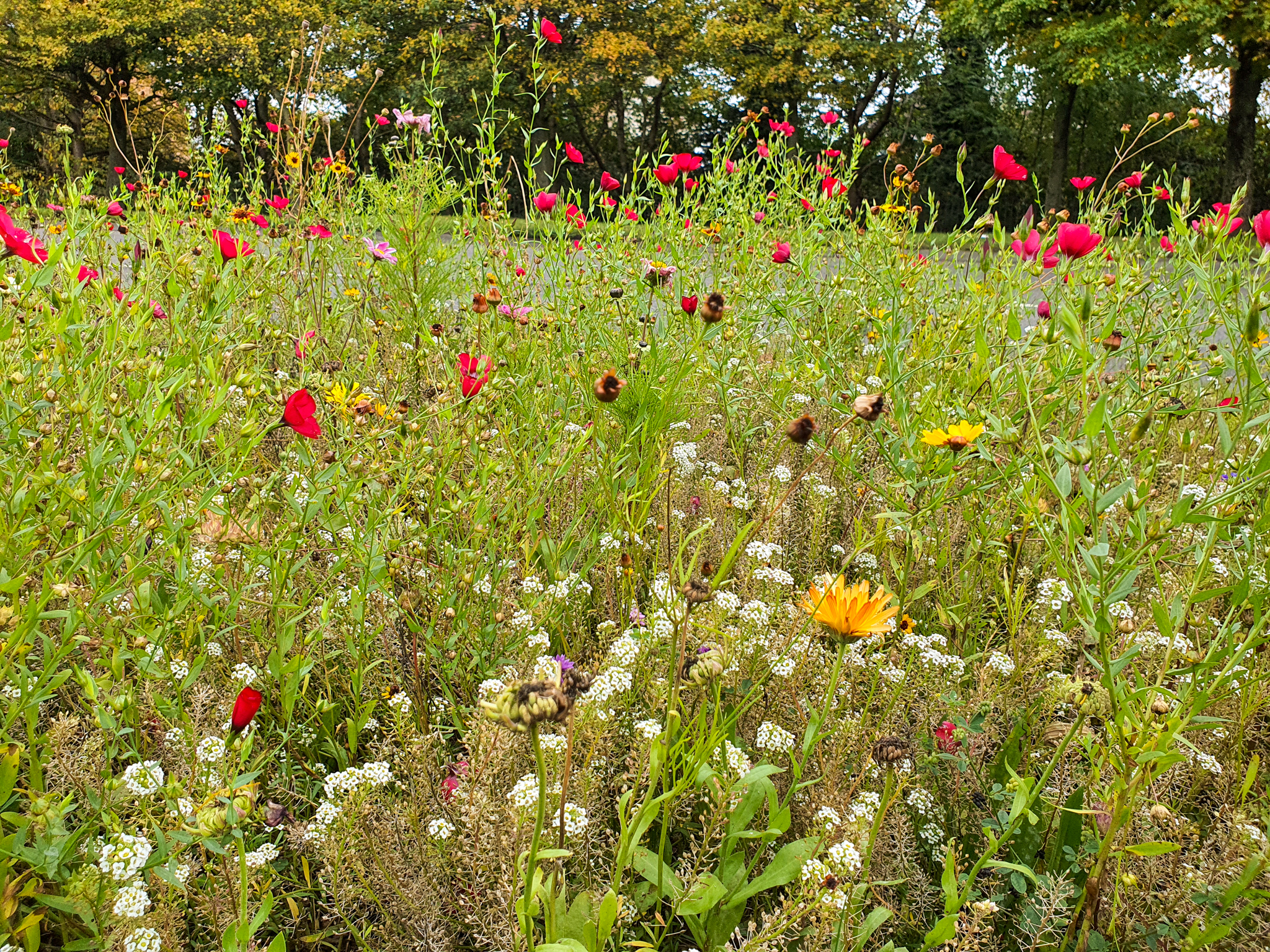 I’ve written about the wonders and biodiversity benefits of deadwood here.

Deadwood is an extremely important habitat that is in sharp decline, and the distance between deadwood is causing a big problem in terms of habitat fragmentation. Leave branches that fall below trees where they are, leave standing deadwood in situ and (where they don’t block paths or rivers) leave fallen trees where they lie. Removing deadwood is costly and unnecessary - it’s beautiful and interesting, and it punches way above its weight when it comes to supporting biodiversity.

Trees don’t always extract all the good stuff from their leaves before they drop them and dead leaves are an important source of nutrients for the tree that shed them.

As well as fertilising the tree and surrounding plant life, dead leaves provide habitat for invertebrates and small mammals.

Where the removal of fallen leaves is necessary (such as where they pose a real risk to pedestrians or restrict access), the movement or removal should be done manually.

Leaf blowers are polluting, and studies have shown that they seriously harm insect populations as they damage insects when they blow them away - in fact, leaf blowers have been banned in many US cities and the German government has said that leaf blowers must not be used unless absolutely necessary. 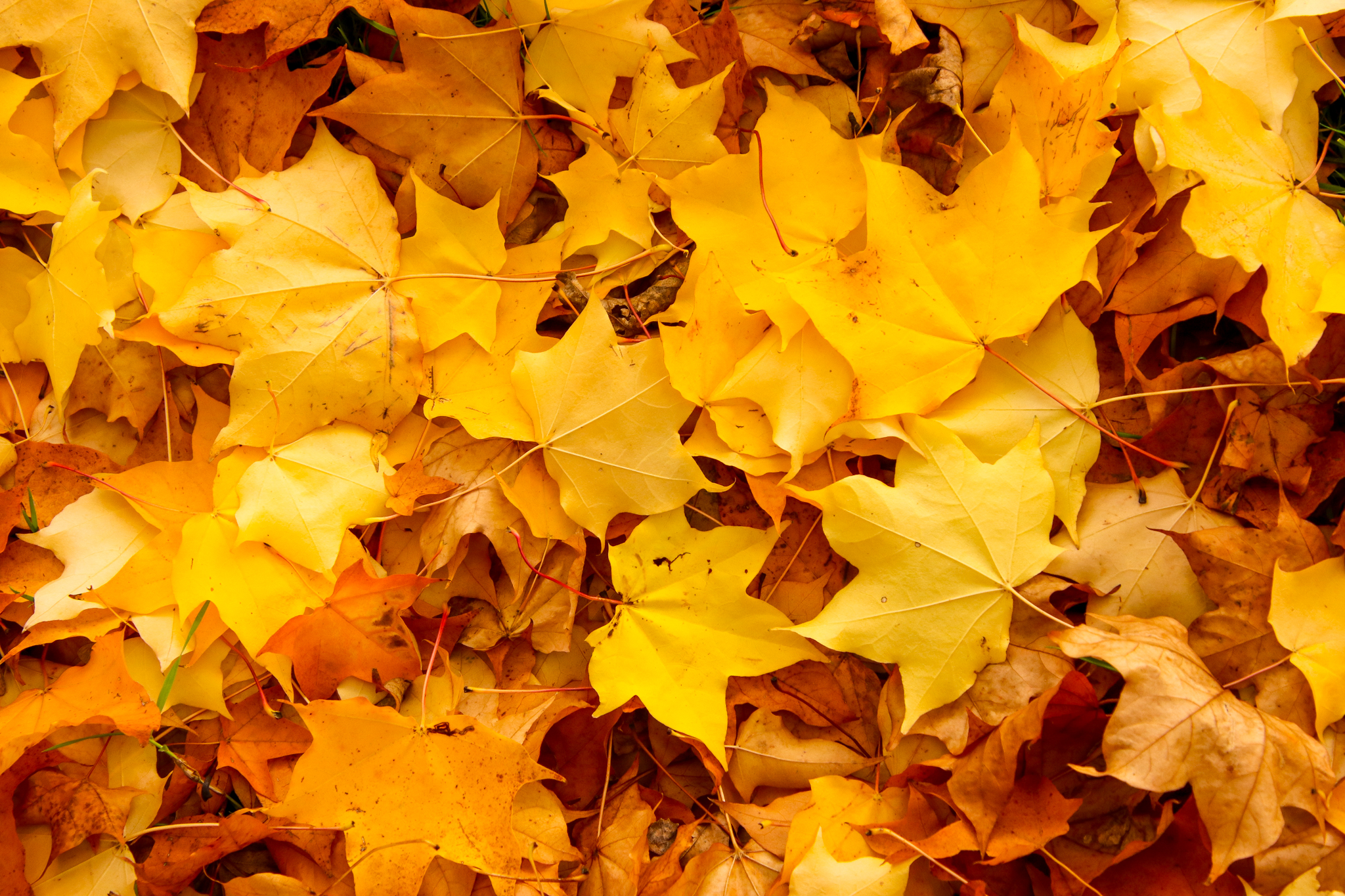 Wildflower meadows provide much-needed sources of food for our pollinators, and they look lovely too! They’re also low maintenance because once sown, they don’t need to be managed - just cut once a year. Native wildflower seed balls can be bought for relatively low cost and can be sown into bare earth - some can even be sown over grass. The important thing is not to fertilise the area - not only because of the problems with chemical fertilisers, but because wildflowers like poor soil, so fertilising does them no good.

I wrote here about the types of nest boxes you can hang and how and where to hang them. Putting up nest boxes is a great community engagement activity - councils could run workshops teaching people to make them, or get volunteers involved in putting them up and monitoring their residents.

They’re also relatively cheap and once up they stay in place and continue to benefit wildlife for years to come.

This one is really important. It’s all well and good making changes that benefit the environment, but if you don’t tell people why what you’re doing is a good thing, they won’t support it.

I recently saw a Tweet from an employee of a conservation charity that works with a local council complaining of the ignorance of a member of the public that had vandalised a sign noting the collaboration by writing that the council wasted taxpayer money cutting down trees.

What had actually happened in this area was that the council had carried out coppicing - a woodland management practice that aims to replicate the work of our lost landscape architects by cutting some trees near their base to create open space and encourage new growth - for the benefit of biodiversity. So yes, the graffito was wrong in that respect - but how can we expect people to know otherwise, if we don’t tell them?

Not everyone has the time or the inclination to read widely on the topic and, even if they do, the field of conservation is huge - it’s entirely possible even for seasoned conservationists to misinterpret things they see.

If we’re doing something in a landscape for the benefit of biodiversity, we should tell people.

Signage doesn’t have to be big and unsightly - you could install a small sign with a brief description of the work and its benefit, and include a website, QR or social media handle that members of the public can visit for more information. You can also spread information in the local area on social media, by email, and on the council’s main website to raise general as well as location-specific awareness of measures or changes that the public might see that are in the name of biodiversity. 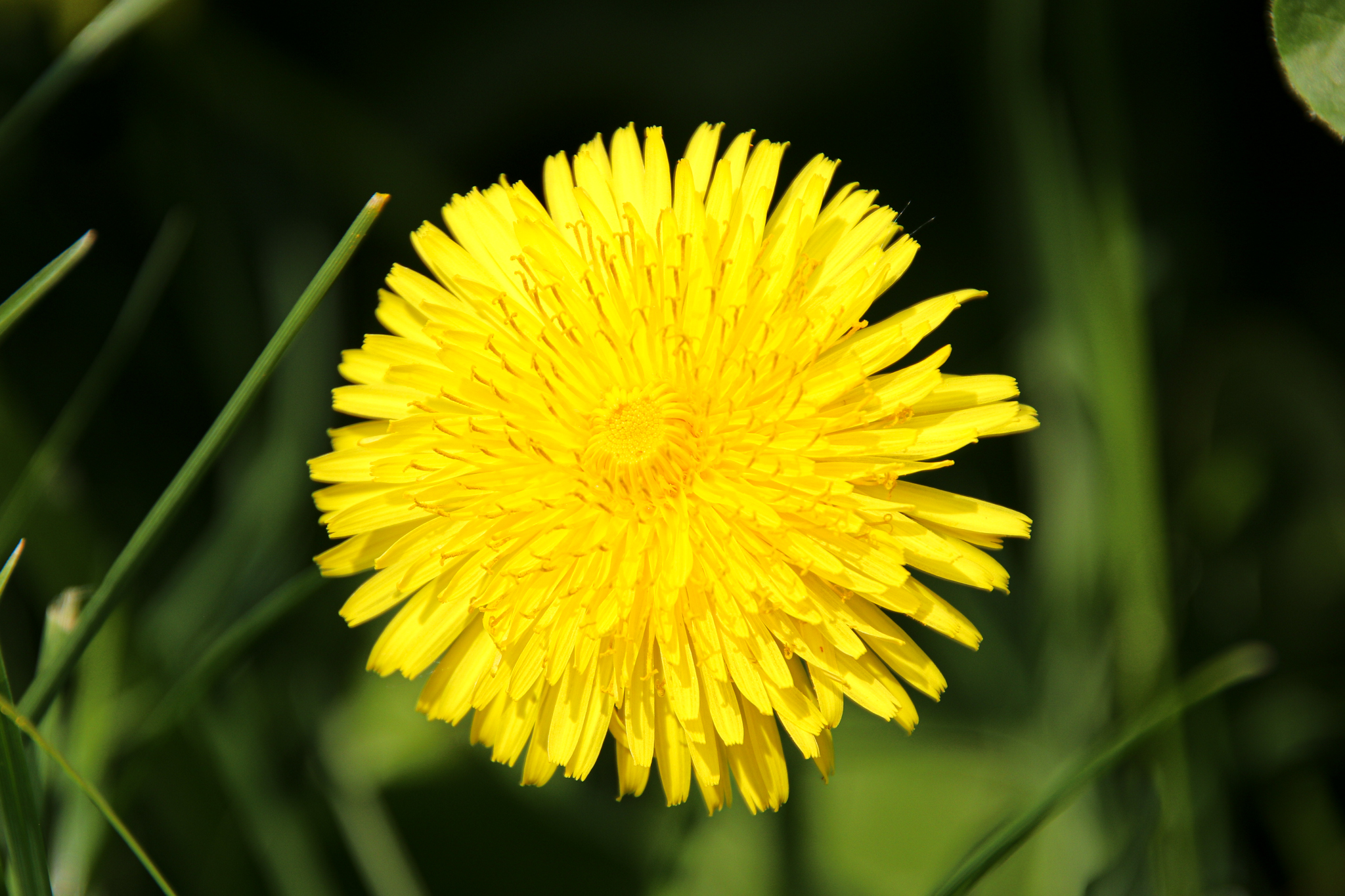 A change in the approach of local councils to the management of our shared spaces is well overdue.

What do you think of this list? Are there any more changes you’d add that you’d like to see local councils making?

I’d love to hear from you! You can find me on socials using the links at the bottom of the page. Let's talk about how we can improve our shared spaces.

AN INTRODUCTION TO CARBON PRICING

What is carbon pricing, why is it necessary, and what does it achieve?

Understanding land ownership is critical to the success of conservation action in England. Shrubsole gives us the lowdown.