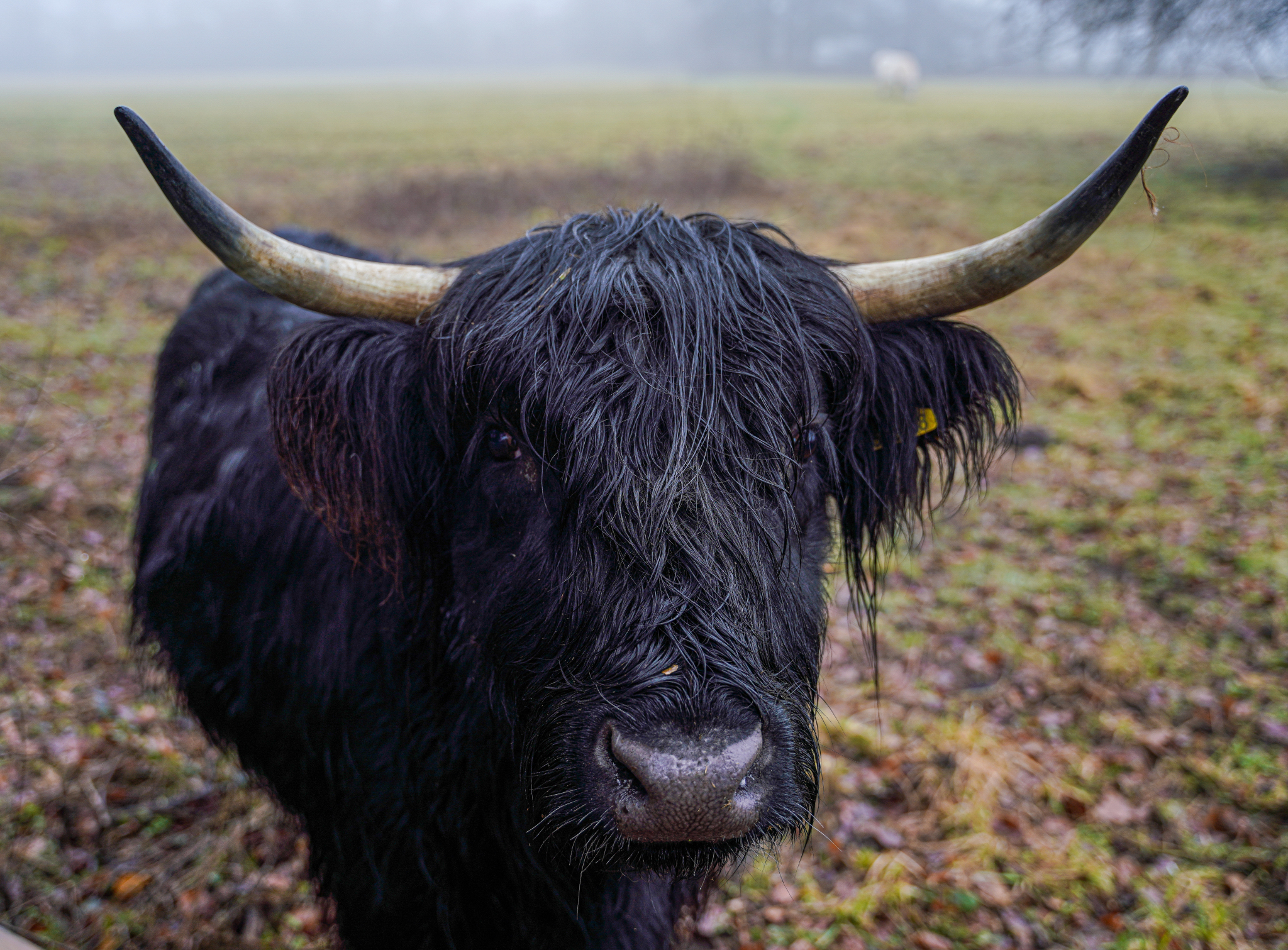 Try to imagine a world without the destructive presence of humans. No agriculture, no building, no extraction of resources, no nothing. Just the wild. What would it look like?

Are you picturing the world covered in thick tree cover? A Europe that is an endless forest?

This is what a lot of people imagine, and it’s called the ‘closed canopy theory’. The reason this theory exists is because, now, if humans leave a piece of land untouched – whether it’s wetland or a farmer's field or anything else – it will eventually revert to woodland through a process called succession.

In a wetland, for instance, you may start with a large pond area that has some reeds around the edge, but the reeds will grow and start to cover the pond, and this will lead to the pond silting up. The silting up allows trees like willow to get a hold, and they start to grow in the area. The growth of the willow requires water from the land, and this furthers the drying up of the pond. Eventually, it dries out enough that other trees, plants and bushes can grow there too. Before you know it, you’re looking at woodland.

If you have a think, you can probably identify a few areas where you’ve witnessed the effects of succession – one of the most obvious examples I’ve seen is disused canals that revert to just looking like a dip in the earth, covered in small trees and plants – where you’re not even quite convinced that there’s any water underneath there anymore.

Watching this process, it’s easy to think that the natural environment is desperate to go back to tree cover and woodland in all instances; that canopy represents the natural state of things. We start to think of conservation and rewilding as, in all instances, a process of trying to allow areas to return to dense tree cover.

But this isn’t quite right. If the natural world desperately wants to spring back to woodland, because that’s her rightful state, why do we have so many species that are adapted to more open areas? Where would our hen harriers and barn owls hunt if there were no open meadows? Why is oak the most important tree for our insect biodiversity – a tree that thrives in sunlight, on the edges of treelines, not in dense canopy? If reedbed is supposed to revert to woodland, where do our bitterns and herons and other water birds fit in? Woodland often doesn’t offer much of a variety of flowering plants, so what do our pollinators feed on?

Actually, come to think of it, how come (mostly) wild areas like the plains of Africa aren’t covered in forest?

What’s the missing piece of the puzzle here?

It’s megafauna. We conveniently like to forget that before humans hunted them to extinction, Europe, including the UK, had megafauna just like the megafauna of Africa (yes, we had elephants). There were wild ox, bison, wild horses, wild boar, beavers – and what these animals have in common is that they’re destructive. These are the lost architects of our landscape.

I know what you’re thinking. We know that animal agriculture is responsible for some of the worst harms that we’re inflicting on the natural world, like soil degeneration, monoculture landscapes, and loss of biodiversity. Surely these animals would have had the same negative effect as the 21.3 million sheep we raise?

No. Firstly, we’re talking here about animals that were native or that built up numbers slowly enough for plants and trees (and other animals) to adapt to their presence. Sheep were introduced at such speed that native plants didn’t have chance to build up defence mechanisms. Secondly, and most importantly, they were unlikely to be present in the livestock numbers we have today. As well as 21.3 million sheep, we have around 10.3 million cows and 4.7 million pigs. Herd numbers in their natural state are dependent upon food availability. We supplementary feed our livestock, but if grazers are left to their own devices, herd size will be proportionate to the amount of food available on the land.  Before we also hunted them to extinction too, we had predators that kept animals like wild horses, deer, and wild cattle in check, like wolves, lynx, bears, and wolverines. 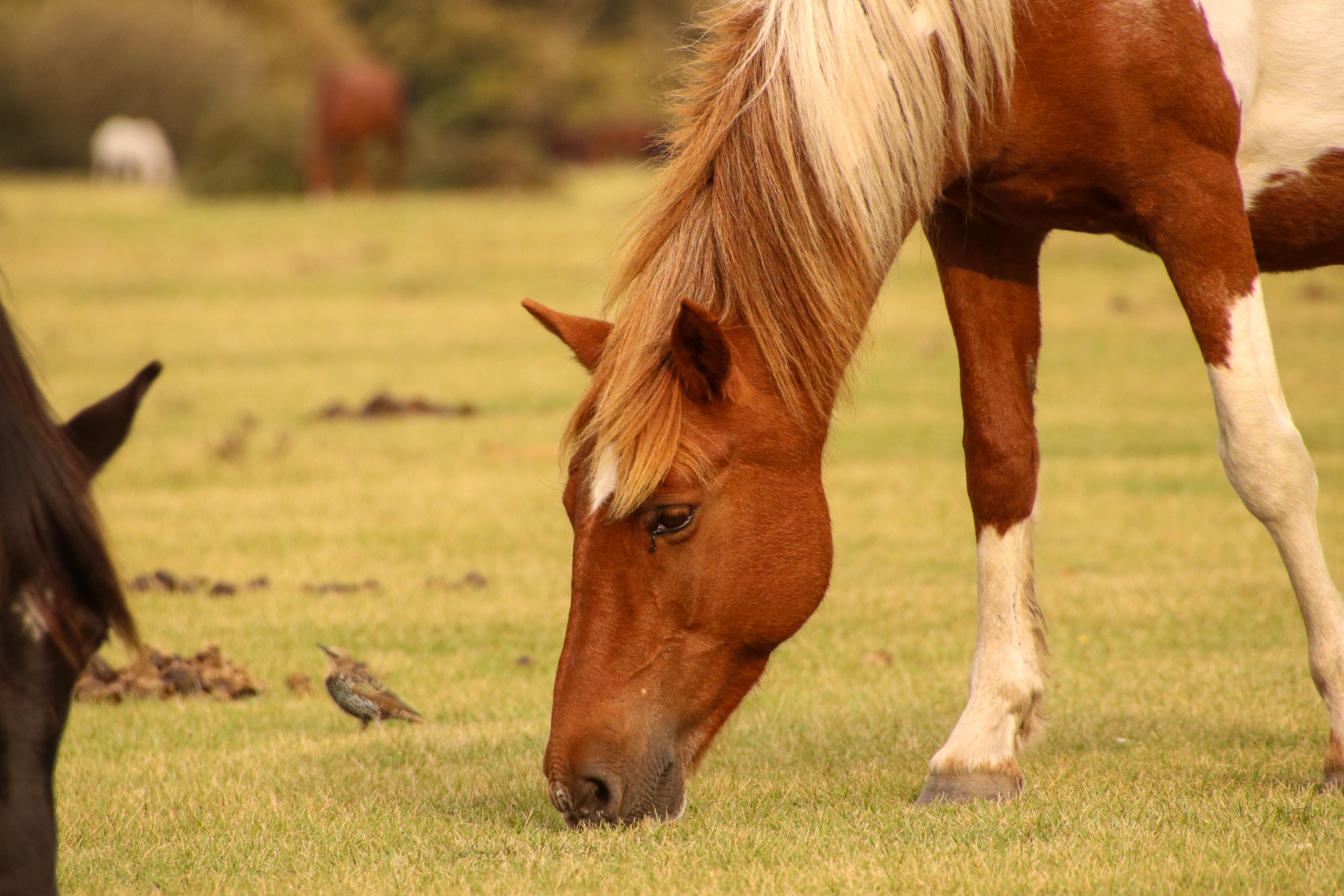 This is an example of shifting baseline theory, where we look at the wrong baseline to consider what things should be like. By the time we started getting our act together and worrying about the impact we were having on the natural world, we had completely forgotten about all of the keystone species that we had driven to extinction.

This means that when we searched around for a baseline for what the natural world’s recovery should look like, we missed this important piece of the puzzle and assumed that our current baseline of what happens when areas are left alone is the correct baseline to aim towards – but the land only behaves in this way because her architects are missing.

As a result of this, we now like to pretend that managing rich, biodiverse, varied landscape requires controlled and intense intervention by humans to prevent a return to dense forest, which is species-poor. This is in face of the fact that it’s quite obvious that for biodiversity to exist in the first place, the natural world must be capable of managing this habitat variation herself. And she does that through the architects.

WHERE THE WILD THINGS ARE

Places like Frans Vera’s Oostvaadersplassen in the Netherlands led the way in demonstrating the positive effects of grazing animals. Vera observed the benefit of greylag geese grazing on the reedbed, which prevented it from succeeding into woodland, and applied this to the wider area by introducing cattle and horses. He chose old breeds – Heck cattle and Konik ponies – for their hardiness and similarity to extinct megafauna. These were added to roe deer and red deer. The introduction of multiple grazers improves biodiversity because each animal eats and behaves in a different way – and, in turn, this creates different opportunities for plants, trees and other animals.

Oostvaaderplassen is now punching way above its weight when it comes to rare species and biodiversity, as is the Knepp Estate in Sussex, where Isabella Tree adopted a similar approach to grazing animals as part of a rewilding project there after traditional farming failed to generate sufficient income to keep the land in use.

You can see the effects of these kind of free-ranging grazers at places like the New Forest (with the New Forest ponies), Exmoor (with Exmoor ponies), long-haired Highland Cattle in the Forest of Dean and, soon enough, bison in Blean Woods in Kent. There are lots of other lesser-known places to see old breed wild grazers too.

If you see them, look out for the evidence of their grazing, and their wallows or footsteps – you’ll often see birds like robins and starlings following wild grazers around to get at the worms and invertebrates exposed by their disturbance of the soil (the effect is less pronounced in livestock herds because the high-intensity heard size compacts the ground and this together with the monoculture created by our modern farmland does not promote diverse plant life).

Wild grazers contribute to habitat creation and maintenance by acting as seed distributors (through their poop), creating opportunities for plants to grow (through their wallows and footprints), and acting as bulldozer (by browsing and creating open areas of grassland and meadow).

When we seek to rewild the places that we have damaged, we need to remember the architects. 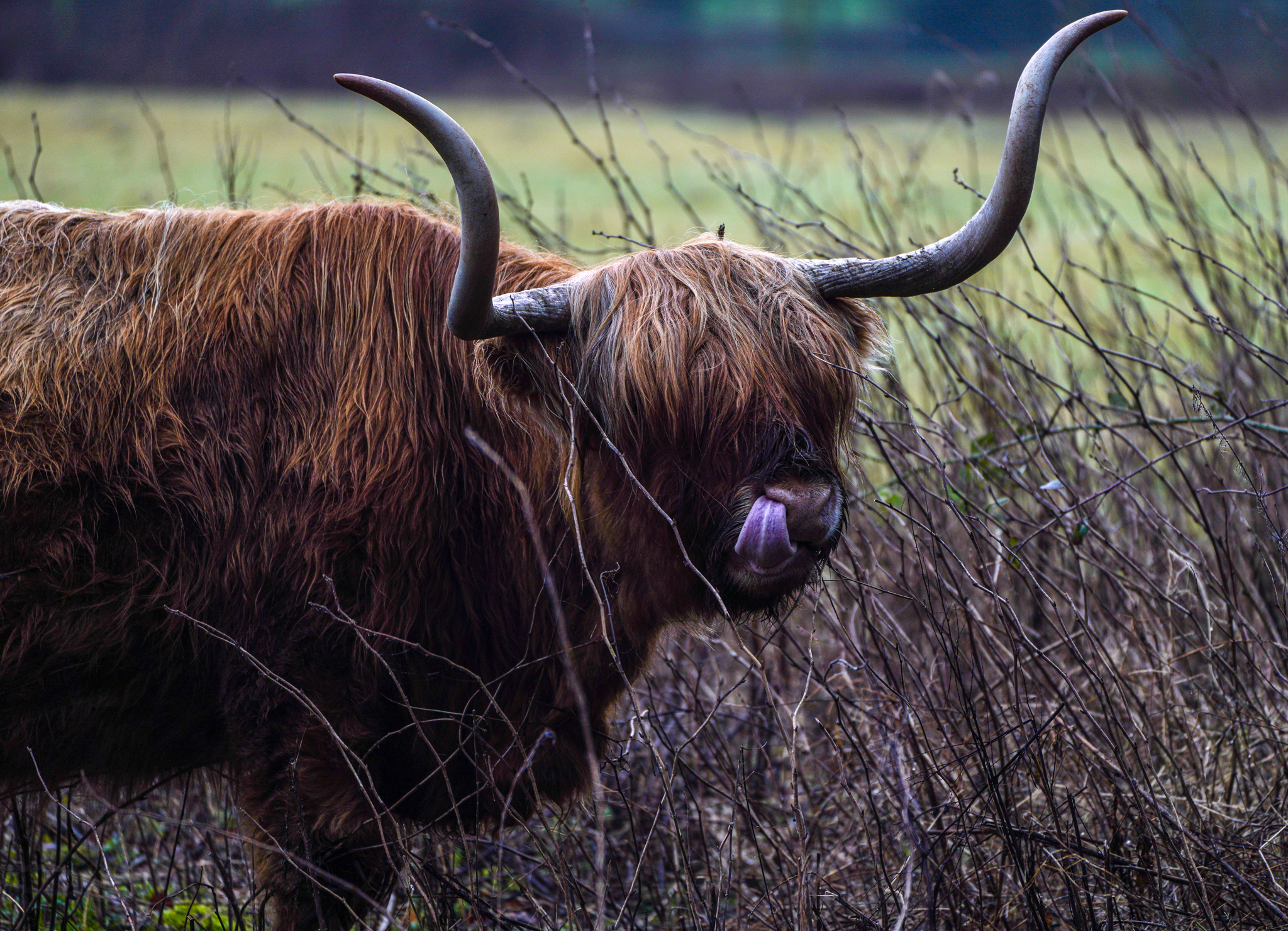 On the number of livestock animals in the UK: https://www.gov.uk/government/statistical-data-sets/structure-of-the-livestock-industry-in-england-at-december

On the Kent bison reintroduction: https://www.kentwildlifetrust.org.uk/wilderblean

On the value of grazing animals in rewilding generally: MACDONALD, B., 2020. REBIRDING. PELAGIC PUBLISHING and Tree, I., 2018. Wilding. London: Picador.