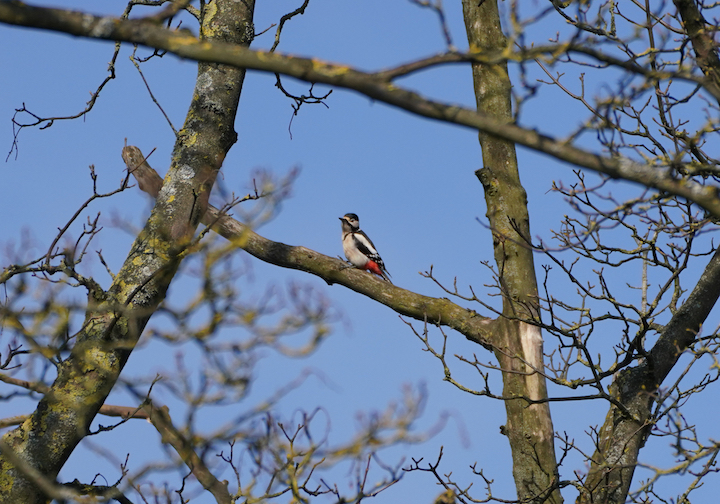 Have you heard the adage ‘there’s more life in deadwood than living wood’? Well, it’s true!

When fungi, mosses, lichens and insects move in to deadwood, there are more living cells in the tree than when it was alive – so if you want to see the most life in the forest, you should be looking at the deadwood!

The name really speaks for itself. Deadwood is decaying wood that has fallen to the ground, but it’s also dead trees that are still standing (‘standing deadwood’) and deadwood within a living tree (such as decaying heartwood).

The life that lives in deadwood depends on the type of tree, the size of the piece of deadwood, how damp the wood is, the temperature and the length of time that the wood has been dead. 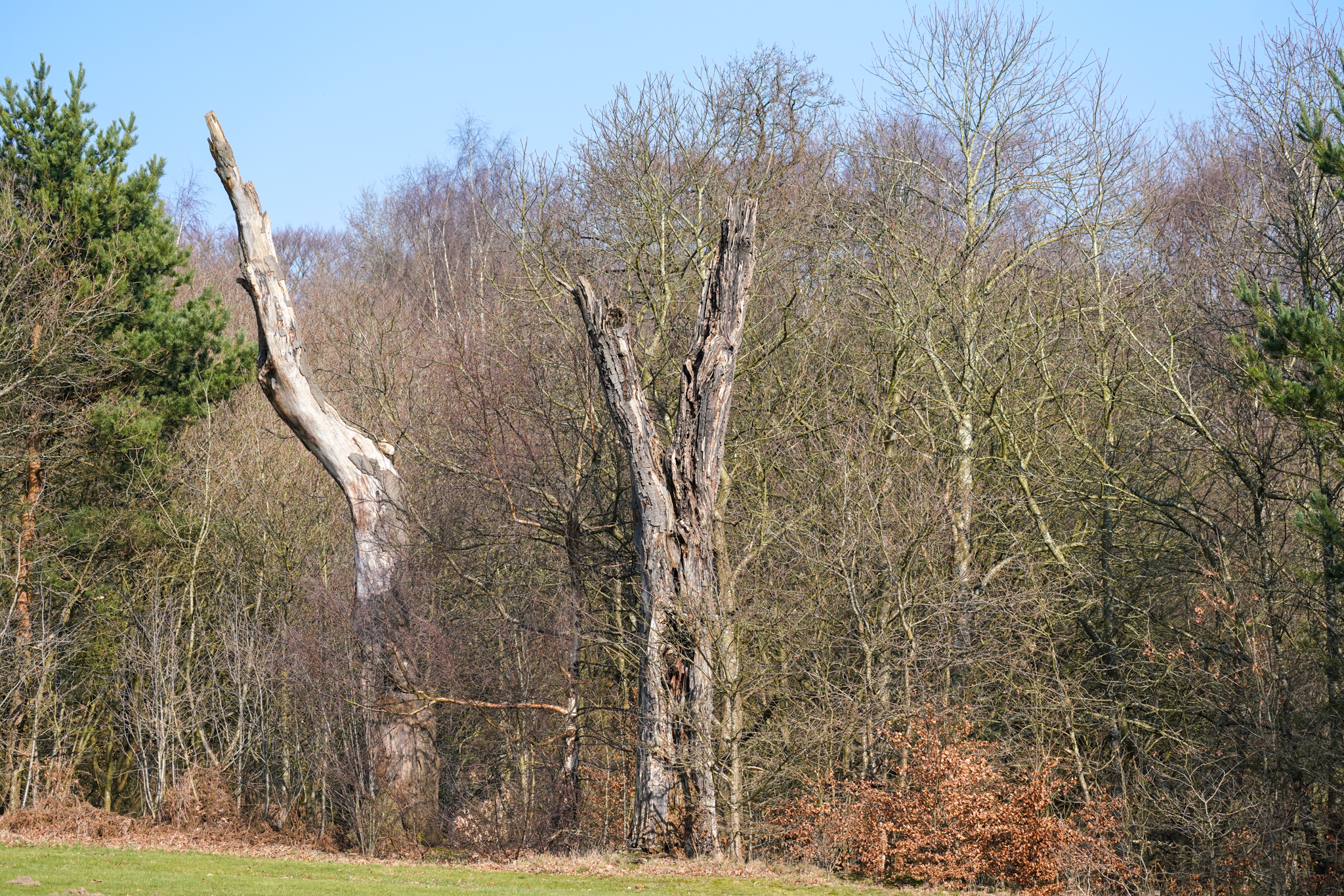 THE WONDERS OF DEADWOOD

Deadwood punches way above its weight when it comes to supporting biodiversity, and that’s saying something considering dead trees can weigh several tonnes. A third of forest species live on dead trees!

Over 1,800 species of British invertebrates are dependant on decaying wood. Deadwood is a hub of life, housing a busy decomposition community. 65% of our woodland insects are threatened by the removal of deadwood.

Home to the majestic rhinoceros beetle and the rare and regal noble chafer beetle, deadwood is a habitat that we should protect and cherish.

A recent review of the species of England, Wales and Scotland by Steven Falk identified more than 320 pollinators that rely on deadwood! So deadwood isn’t just lying around decomposing – it’s habitat that supports insects that pollinate living plants. We call this kind of contribution an ecosystem service – it’s one of the many services that the natural world provides that is largely undervalued and unaccounted for.

Deadwood isn’t just for the creepy crawlies either: it’s known for providing great nesting spots for crested tits and owls, but many more of our species can benefit from the cavities provided by deadwood. Benedict Macdonald and Nicholas Gates have observed blackbirds, wrens, all three of our species of woodpeckers (green, great spotted and lesser spotted), robins and redstarts in deadwood in just one orchard in Herefordshire. It’s also a great home for our bats, who roost in crevices and under bark in deadwood.

Deadwood is even good for the tree itself. Dead branches from a living tree decay into the ground below and recycle nutrients, fertilising the tree above. This is an important source of nutrients for ageing trees, which drop branches from their crowns and expect an energy boost from the decaying branches that we so often ‘tidy up’.

Not only does deadwood contribute to soil fertility in this way, it also plays an important role in carbon sequestration – the long-term tying up of carbon dioxide from the atmosphere that helps to slow climate change. Deadwood is a carbon reservoir – during its decomposition, some carbon is emitted to the atmosphere and some is stored – sequestered – in the soil.

SEEING THE LIFE IN DEADWOOD

You don’t have to be an entomologist (someone who studies insects) to observe the vibrant life that deadwood supports. Next time you’re in woodland or parkland, look for deadwood. Standing deadwood in particular is easy to spot and especially popular with species visible without a microscope.

You can get up close and personal and marvel at beetle holes, spider webs and visiting pollinators, or you can stand back and admire woodpeckers or nesting birds.

I recently visited Wollaton Park in Nottingham, which isn’t particularly known as a wildlife haven more than any other deer parkland, but has lots of standing and fallen deadwood. In a short visit, I saw carrion crows investigating nesting holes, a song thrush slipping into a deadwood cavity, a jay surveying a clearing, and a squirrel tussling with some jackdaws for the penthouse apartment in a particularly tall standing deadwood tree. I was even lucky enough to hear the resounding hammering peck of a woodpecker, and photographed two great spotted woodpeckers in a copse containing multiple pieces of standing deadwood dotted with woodpecker holes and dappled with beetle tracks.

What magic deadwood can bring to our lives.

Look at the evidence of life here: woodpecker holes and beetle tracks: 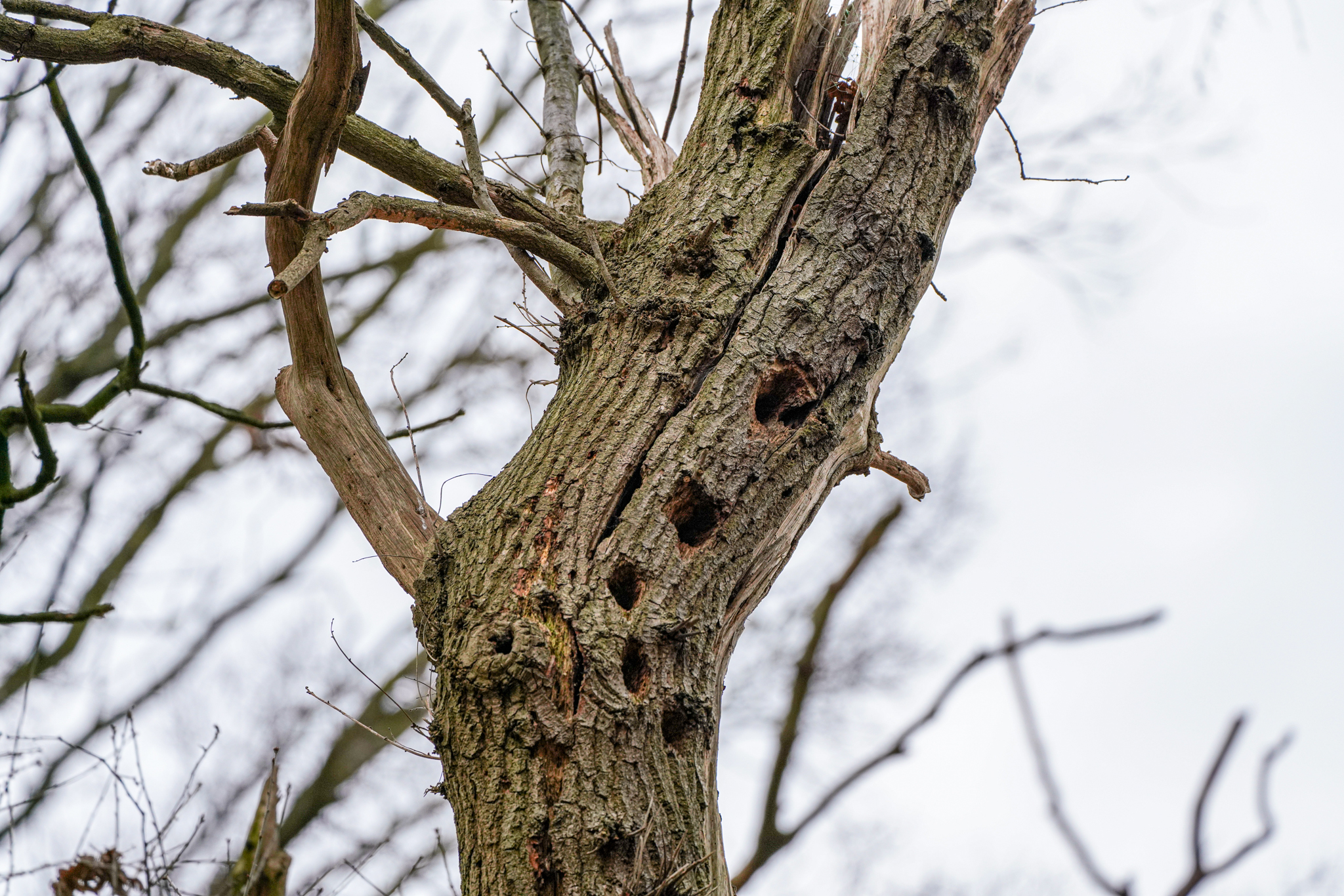 A growing problem is the distance between available deadwood. This links into a broader issue about the fragmented habitat that we are creating. Life without wings needs a way of moving from one piece of suitable habitat to another, and that’s increasingly difficult when areas of suitable habitat are few and far between.

The distance between deadwood is important, as otherwise species won’t be able to get from one instance of their preferred type of deadwood to another, so won’t be able to effectively reproduce. This is a particular problem for beetles, which travel between deadwood to lay their eggs, but it has knock-on effects, as invertebrates help fungi to move – so with fewer invertebrates able to find suitable deadwood, we get fewer fungi, and this can change the entire mini-ecosystem of the deadwood.

THE BEAUTY OF DEADWOOD

We should leave deadwood because it’s incredibly important for our insects, fungi, trees, plants and birds, but let’s also take the time to dwell on its outstanding beauty.

Queen Charlotte (wife of King George III) had standing deadwood trees imported into the park at Kew because she loved the look of them and (aside from the import aspect) I’m 100% behind this – they’re beautiful!

Standing deadwood is statuesque, eerie, and really adds a nice rustic or gothic air to the landscape (depending on the weather!). Fallen trees are majestic, and fallen branches become covered in moss and lichen, creating interest and depth.

There is something incredibly lovely and poignant about something that is dead but which supports so much life. Isabella Tree said of a dead oak tree on her estate that provided a home to several types of rare beetle:

Deadwood is strikingly beautiful; it is alive, it is thriving – it is life after life. We should do all we can to leave deadwood in its place – to let sleeping logs lie. 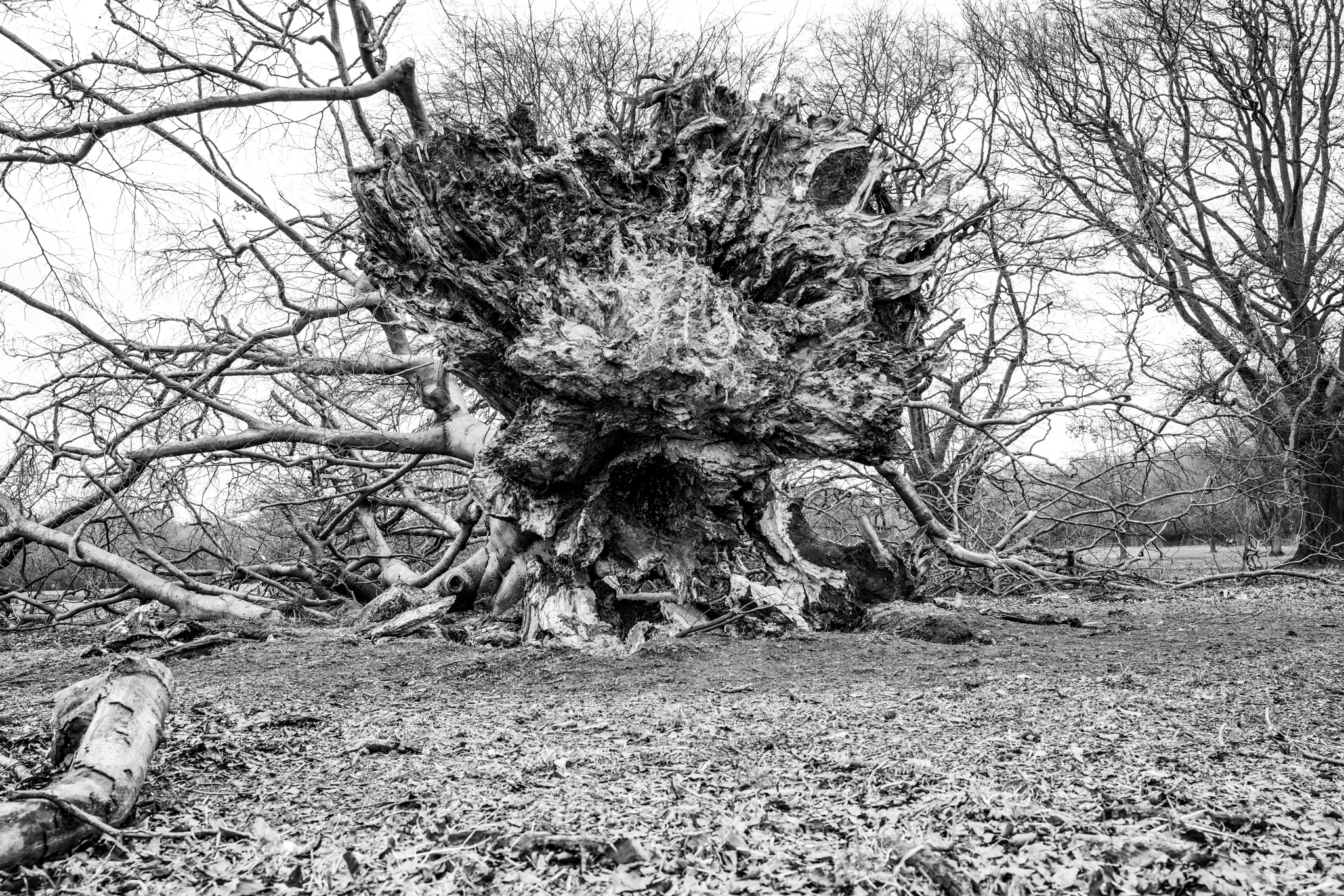 On pollinators that depend on deadwood: Falk, Steven. (2021). A REVIEW OF THE POLLINATORS ASSOCIATED WITH DECAYING WOOD, OLD TREES AND TREE WOUNDS IN GREAT BRITAIN. 10.13140/RG.2.2.31078.14408. https://www.researchgate.net/publication/349319059_A_REVIEW_OF_THE_POLLINATORS_ASSOCIATED_WITH_DECAYING_WOOD_OLD_TREES_AND_TREE_WOUNDS_IN_GREAT_BRITAIN

On the importance and beauty of deadwood in farmland: Tree, I., 2019. WILDING. PICADOR.

On the importance of deadwood in orchards: Macdonald, B. and Gates, N., 2020. Orchard. London: William Collins.