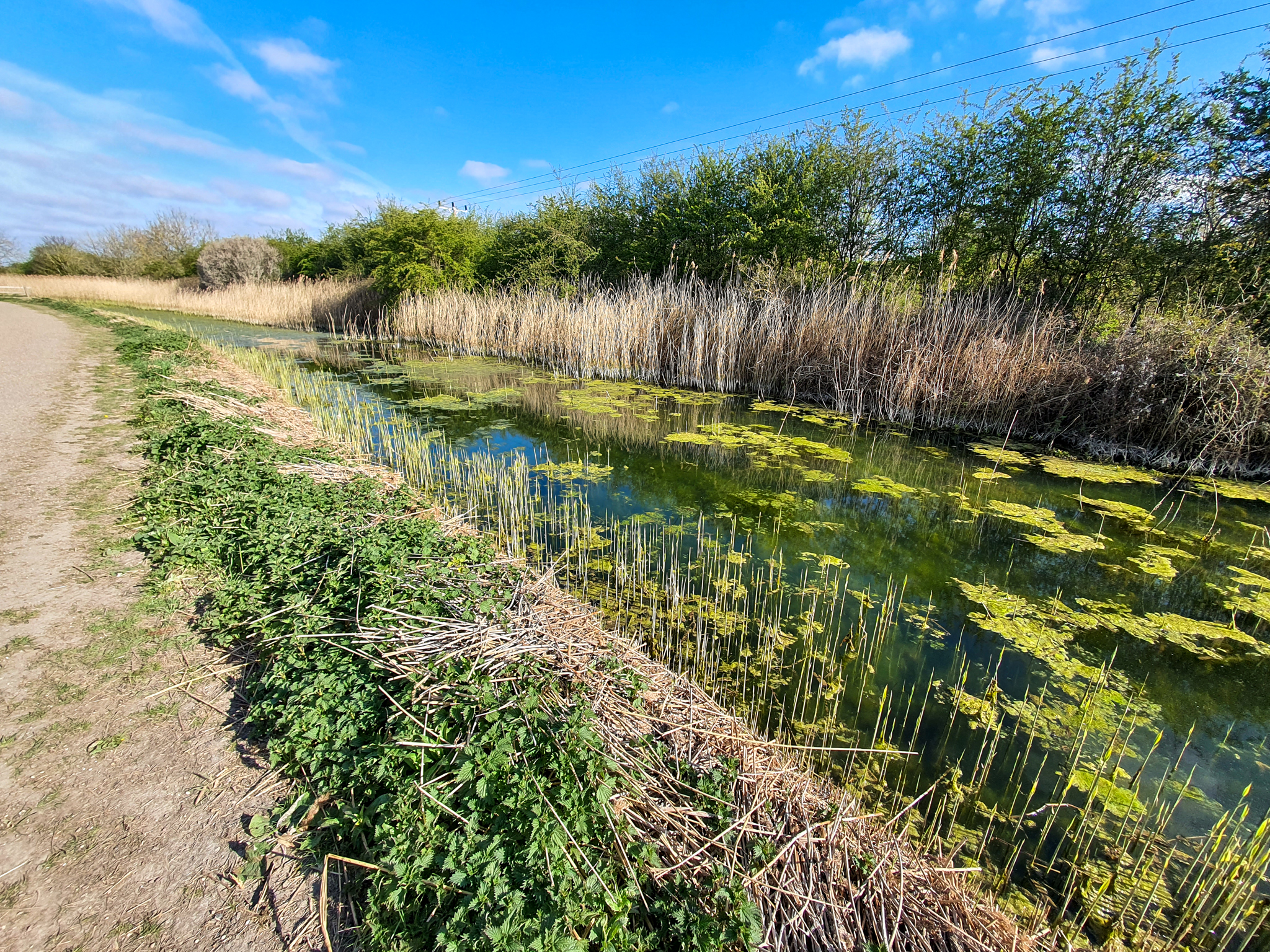 A maintained section of the Grantham Canal where reeds are cut down each year, showing the cut reeds on the closest side and uncut on the far side.

Ecological succession (often just referred to as succession) is a hot topic in the conservation community, because consideration of the effects of succession (and whether we should attempt to prevent those effects) guides decisions about land management. Let’s look at what succession can mean, and an example of the process.

WHAT DOES SUCCESSION MEAN?

Encyclopaedia Brittanica defines ecological succession as the process by which the structure of a biological community evolves over time. In short, it’s a change of habitat.

THE ‘PROBLEM’ WITH SUCCESSION

Succession is a natural phenomenon so, in and of itself, it isn’t a problem for conservationists or for the ecosystem. The key issue with succession in the UK is that we’re experiencing succession we likely would not have experienced had our landscape architects not been driven to extinction.

To understand the ‘problem’ with succession we can look at the example of how water succeeds to woodland.

Our wetland is an incredibly important habitat for wading bird species such as curlews, sandpipers, lapwings, redshanks, avocets and snipe along with many other types of bird, including internationally important populations of swans, ducks and geese. Wetlands are also important for other wildlife, for reducing the risk of flooding, and for carbon capture. For these reasons, conservationists are often engaged in trying to preserve wetland as a habitat - and that’s where succession becomes an issue.

Without our landscape architects, if you leave a small body of water or area of wetland to its own devices, it’s likely to end up transforming into woodland over time. Not good news if your job is to protect species that rely on wetlands.

The best way to understand succession is to look at it. This is an example from my local area: the Grantham Canal.

The canal was built at the end of the 1700s and is an important wetland habitat for many species, including birds that rely on the reedbed such as the reed warbler, sedge warbler and reed bunting. In fact, there are multiple Sites of Special Scientific Interest (SSSIs) along the canal. But the canal is changing…

Our example started off as a canal - a manmade channel for water, with relatively high sides. Before 1929, the canal was open to boats and looked like what you’d probably expect a canal to look like - a channel of open water, with some minimal plants and reeds towards the edges. 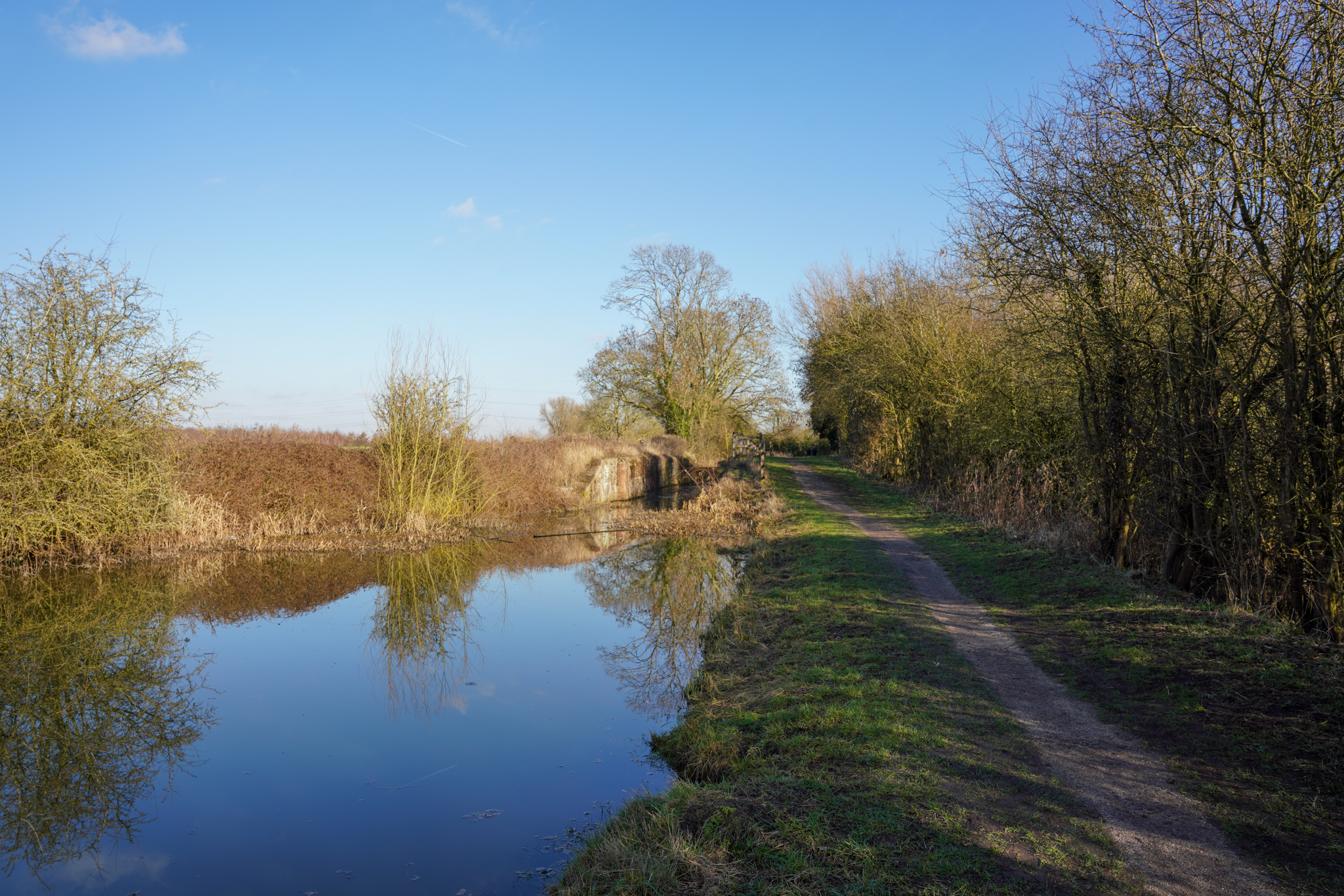 After the canal was out-shined by the railway and closed to boats in 1929, active maintenance of the canal started to decline - by the 1950s, there was little ongoing effort to maintain the canal as an area of water, plus no boats pushing through the channel, and succession probably started to set in around this time.

Stage two is an increase in reeds. Without large enough numbers of browsing architects like geese, and without human interference or disturbance, the volume of reeds in the canal will start to increase - often until you can no longer see the water below. 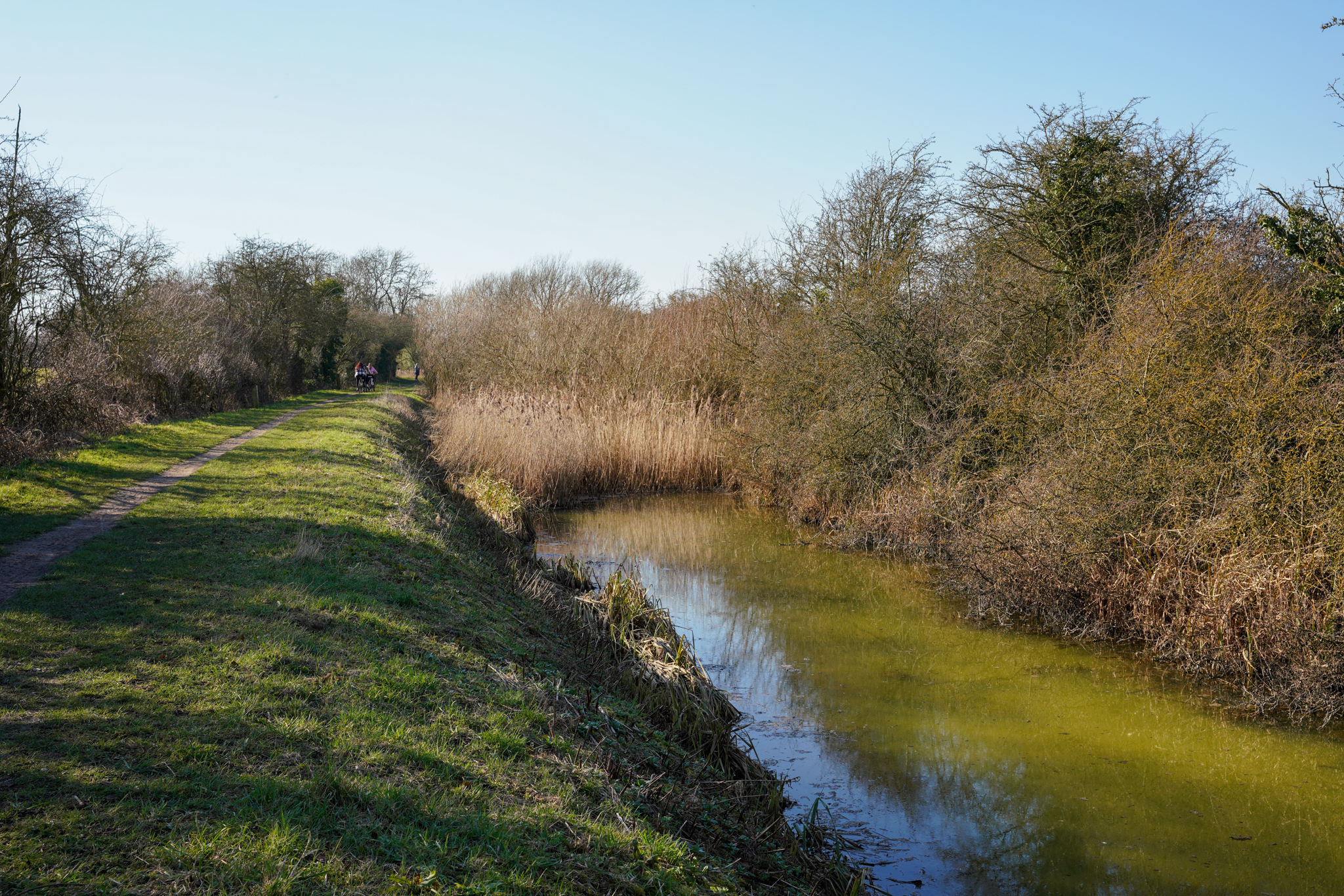 STAGE 3: GRASSES AND OTHER SMALL PLANTS

Reeds require water to grow, so more reeds means lower water levels in the canal. They’re also good at trapping silt within the canal, and their decomposition starts to clog up the waterway too, further lowering the water level. This, together with the fact that reeds create a sort of mat across the surface of the water, allows grasses to grow. 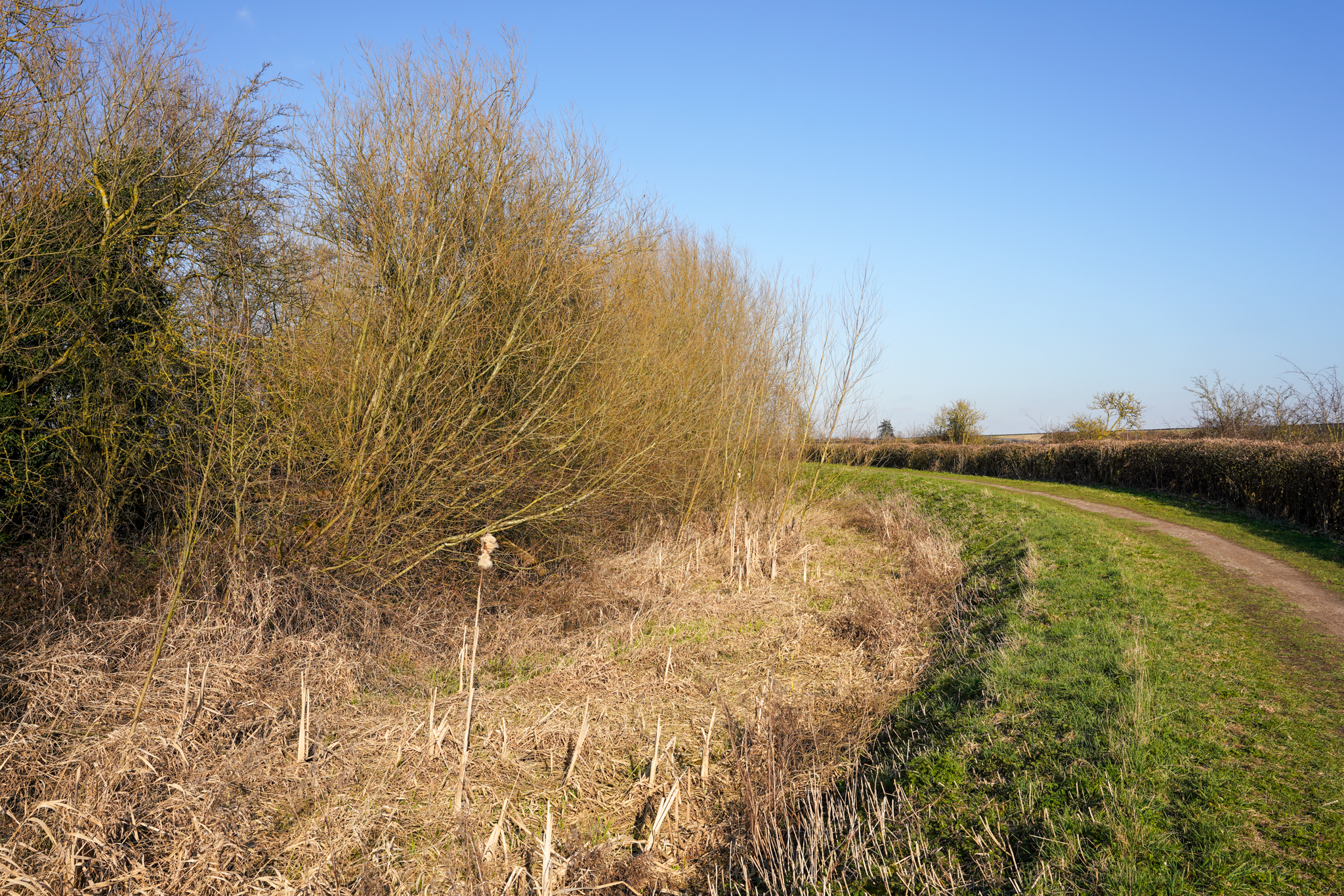 The grass also needs water to grow, so it contributes to a further reduction in the water level. It grows on top of and in between the reeds, and eventually you can’t see the water anymore.

This allows scrub, bushes and brambles to begin to grow. When the canal was just water, these plants wouldn’t grow – they can’t grow from below deep water. Now, though, the canal has less water, and it’s found below a dense layer of grass and reeds, so the seedlings don’t drown. 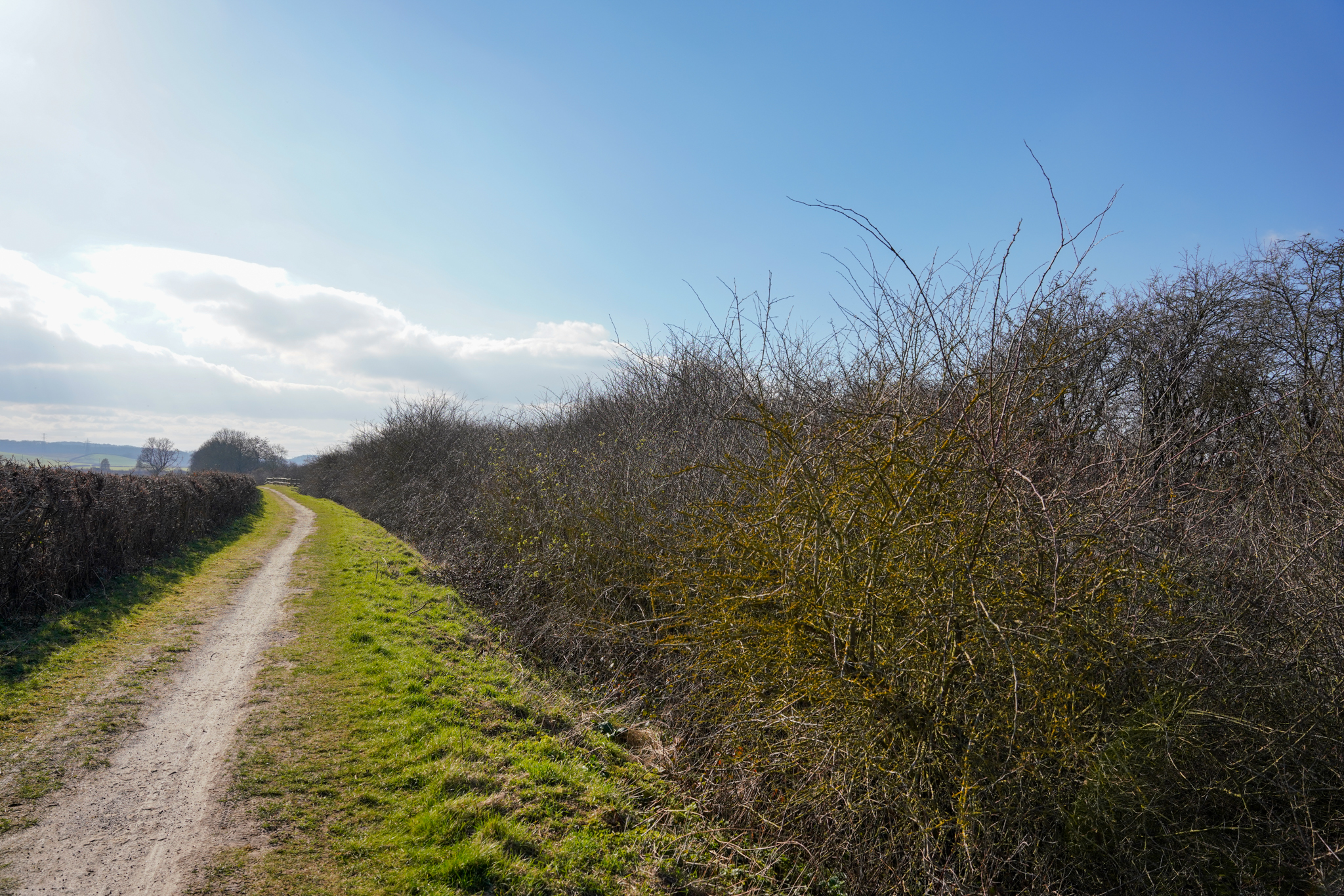 Dense shrubbery to the right of the canal path

Once the reeds, grasses, and bushes have soaked up enough water and trapped enough silt in the canal, saplings can start to get a hold.

Willow often dominates to begin with, as it likes wet soil. It has a high transpiration rate – which means it takes water from the canal and releases it into the air, further lowering the water level. 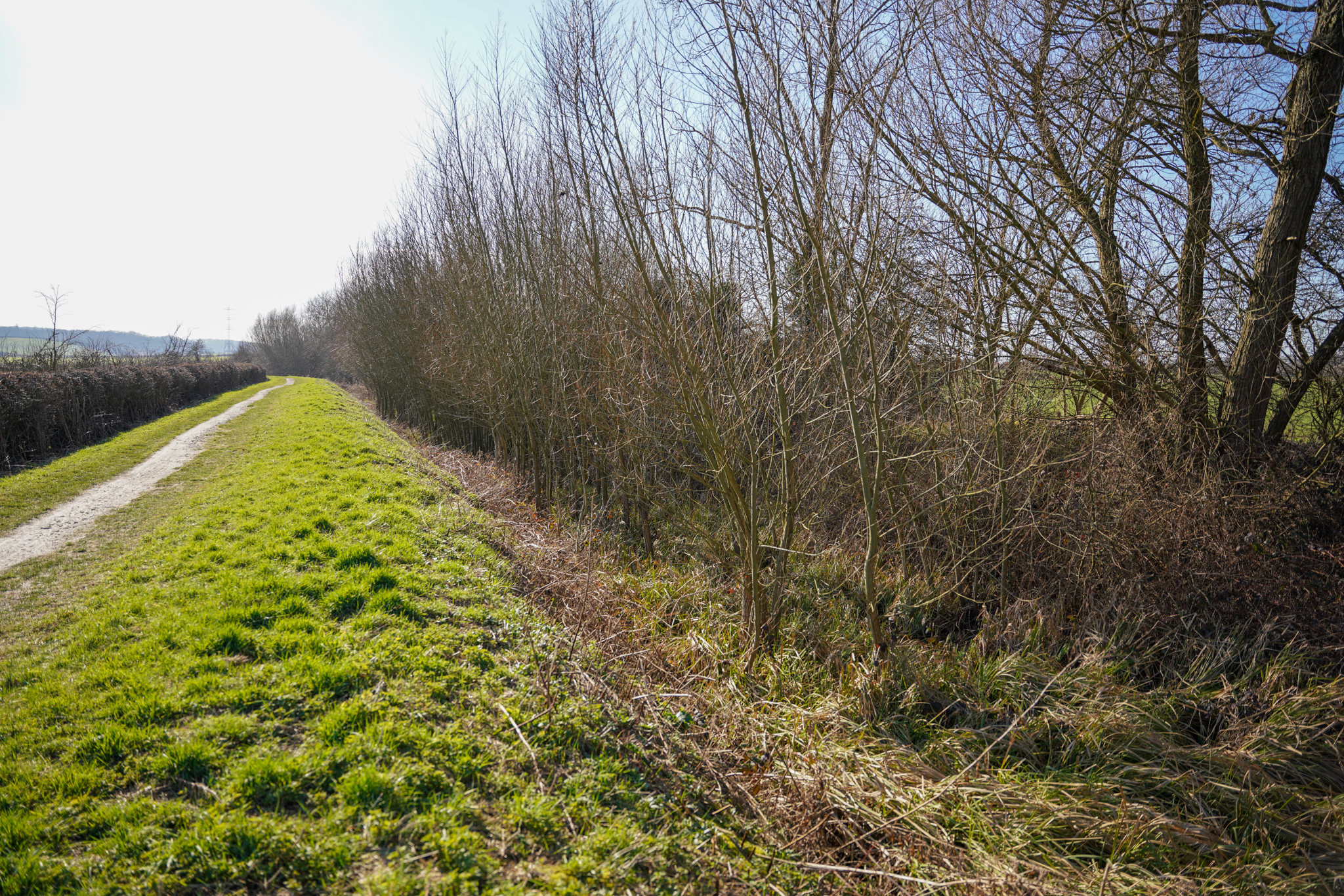 Saplings starting to grow in the Grantham Canal

We’re starting to get into the big leagues now. The water level gets low enough for other wet soil loving trees like alder to take hold.

As the trees grow bigger, they take up more and more water, drying the canal out and allowing yet more species to join. 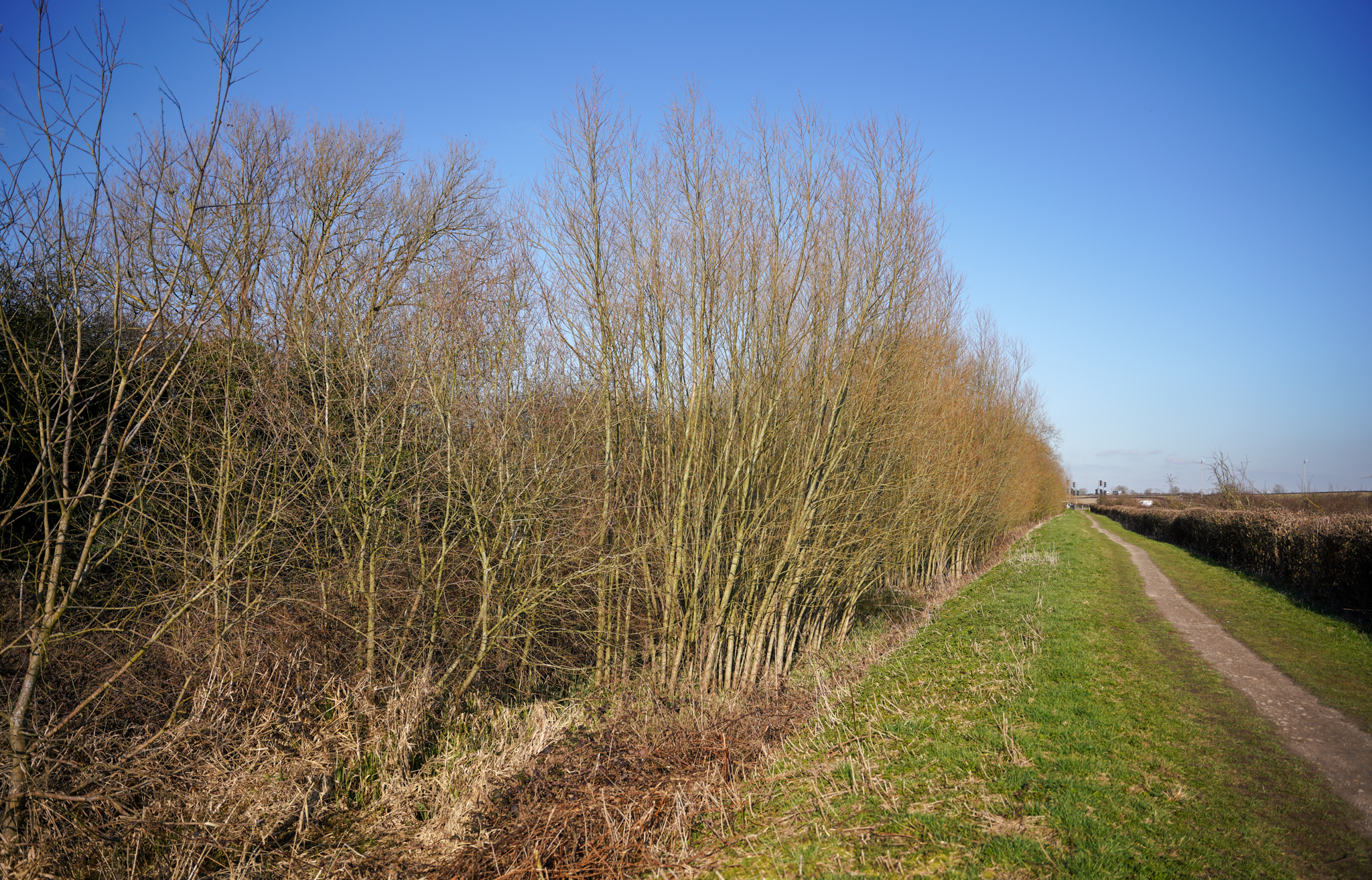 The Grantham Canal hasn’t quite got there yet, but the next stage is woodland. Woodland floor plants that are tolerant of water, like ferns and sedges, start to show up. Eventually, there’ll be the woodland trees we’re most familiar with – ash, beech, oak.

As those trees grow bigger, the ground dries up even more, and eventually it will look like the canal was never there, even supporting plant species associated with drier areas, like wild garlic, wood anemone and bluebells. 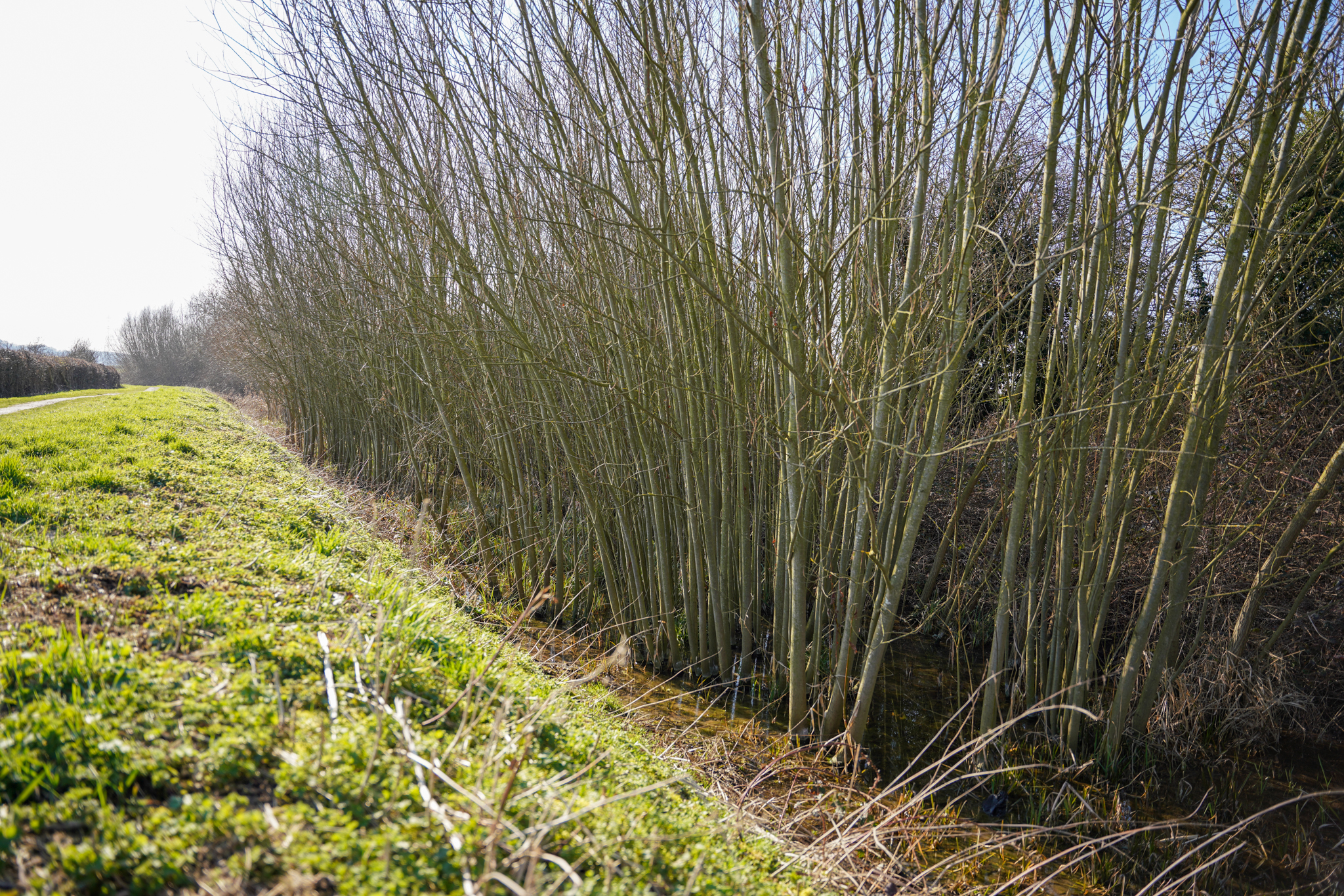 Eventually, the trees will reduce the water level enough to turn the canal into woodland

SO, IS SUCCESSION ALL BAD?

No. Each stage of succession supports different plant and animal species, and every stage can promote biodiversity.

The issue is that succession happens much more now than it would do had we not driven our landscape architects to extinction. It doesn’t just happen in manmade waterways like the Grantham Canal, it happens to natural wetlands too. If we allow succession to take over, we won’t have much wetland left, to the detriment of our wetland species.

As lovely as woodland is, many of our native species rely on open areas – mosaic habitat of woodland, meadows, grassland, wetland and scrubland is the ideal that we should be aiming for, and until we reintroduce landscape architects our crippled ecosystem can’t achieve that on its own.

We prevent succession in lots of ways – the most visible of which is cutting down and removing reeds from waterways, wetlands and canals to prevent them taking over and jump-staring the succession process.

A maintained section of the Grantham Canal where reeds are cut down each year, showing the cut reeds on the closest side and uncut on the far side.

Have you seen any good examples of succession? Let me know on socials! Links below.

On the Grantham Canal

A history of the canal

HOW TO SEE KINGFISHERS

If you don’t have the gift of being a Snow White (welcome to the club), you can increase your chances of seeing charismatic or unusual wildlife by knowing how to look for them, and once you see one or two it’s easier to spot them again.