THE HIGHER THE BETTER? ALTITUDE OF FLIGHT AND ITS EFFECT ON MIGRATION 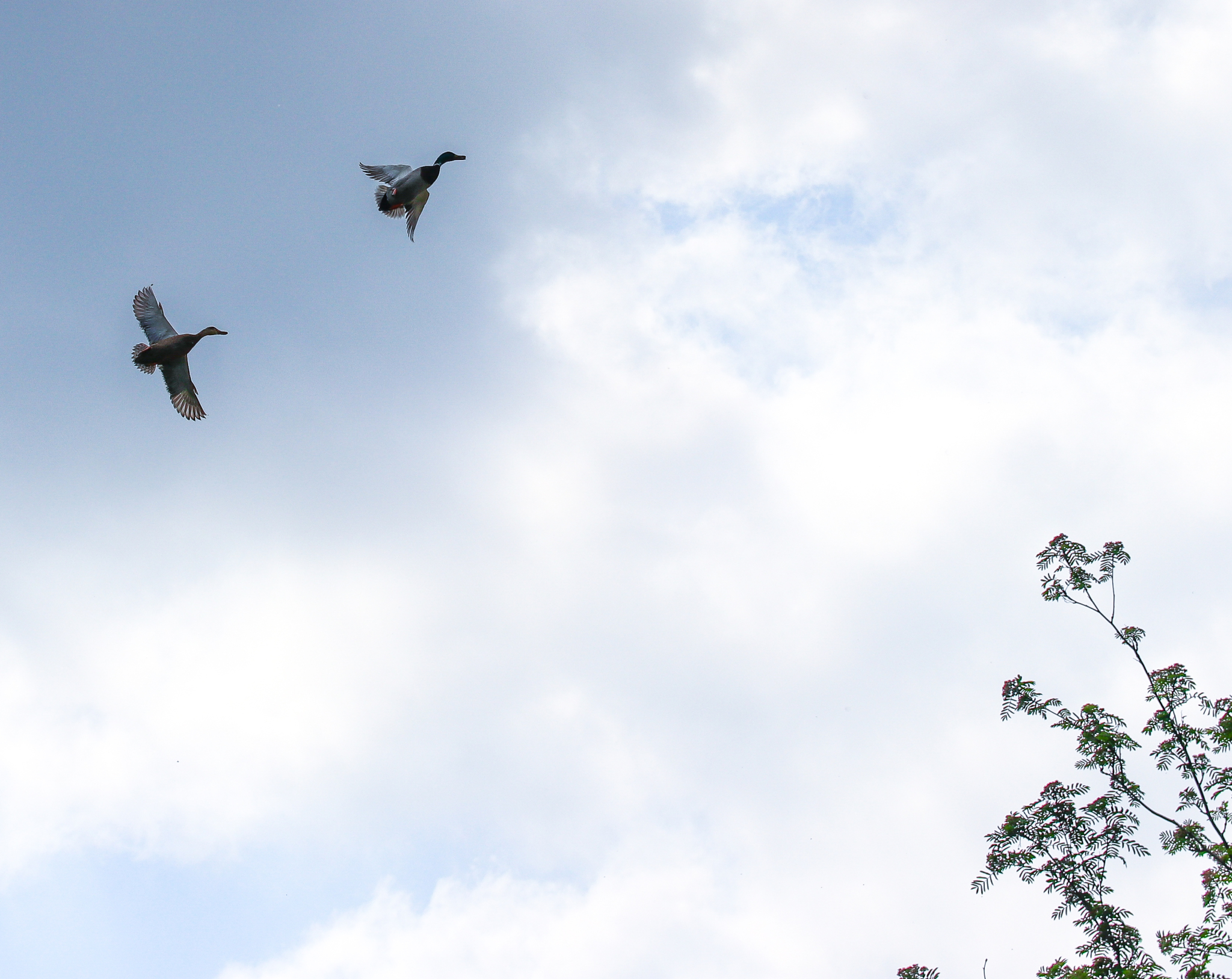 It’s common knowledge that millions of birds migrate into and out of the UK every year. Yet we never seem to see huge numbers of blackbirds or thrushes in the sky hurtling in for our milder winters. Come to think of it, why doesn’t it look like a network of busy bird dual carriageways up there? Where are all the migrating birds in flight?

The answer is that most birds fly too high during migration for us to see them from the ground.

But how high do they fly, and what causes them to vary the altitude of their migratory flight?

WHERE ARE THE BIRDS?

Most birds fly at altitudes of around 1.5 km, with some flying as high as 3 km. This varies depending on the factors set out below.

THE INFLUENCE OF WIND

There are two key types of wind that birds care about: following winds and headwinds. Following winds, also known as tailwinds, blow or move in the direction that the bird is flying. I remember this by thinking of tailwind as boosting the bird’s tail, helping it along. Headwinds are winds that move in the opposite direction to the bird’s travel, and blow against the bird’s face, making progress more difficult.

If you’ve ever tried to run a 5k when facing into the wind, you’ll appreciate that migrating birds (some of which migrate up to 15,000 km each way) aren’t too fond of headwinds.

Side winds can also cause issues, and blow birds off-course. More on that later.

Generally speaking, birds like to migrate on days when there’s a tailwind, and dislike migrating on days with a strong headwind. So, if there’s a strong headwind, birds aren’t likely to start their flight at all. However, sometimes conditions worsen after the bird has taken off. If a headwind worsens (or low cloud or rain appear), the bird will fly lower and might even stop to land and rest until the weather improves.

The reason for this is that windspeed increases with altitude. This will ring a bell if you’ve ever walked up a hill on a windy day, or tried to put a gazebo up.

Increasing altitude in tailwinds and decreasing in headwinds is all about minimising the time and energy required for migratory flight, but birds are cleverer about it than I’ve made out so far.

There is such thing as too much of a good thing: if tailwinds exceed the speed that the bird can fly at by its own power, birds will often reduce altitude to reduce the wind speed or stop to rest. It’s a bit like when you’re whizzing down a steep hill on your bike and start putting the breaks on because you feel like you’re starting to get out of control. Whilst super-charged tailwind sounds like a free ticket to their migration destination, it is dangerous over inhospitable terrain as it can result in the bird travelling too fast to be able to stop or change direction when faced with a jagged mountaintop. Equally, birds are often cautious with strong tailwinds even over hospitable ground, because wind speed that exceeds their own power can lead to serious problems if the wind direction changes and they’re unable to correct their direction.

To complicate matters further, wind direction also changes with altitude. The trade winds (easterlies) – the ever-present east-to-west prevailing winds in the equatorial region – give rise to the anti-trade winds (westerlies) – which, needless to say, go west-to-east – higher up (how high depends on which part of the region you’re in). This means that birds can seek out a tailwind by flying at a certain altitude, often changing the altitude of their flight depending on which direction they are going on their migration trip. 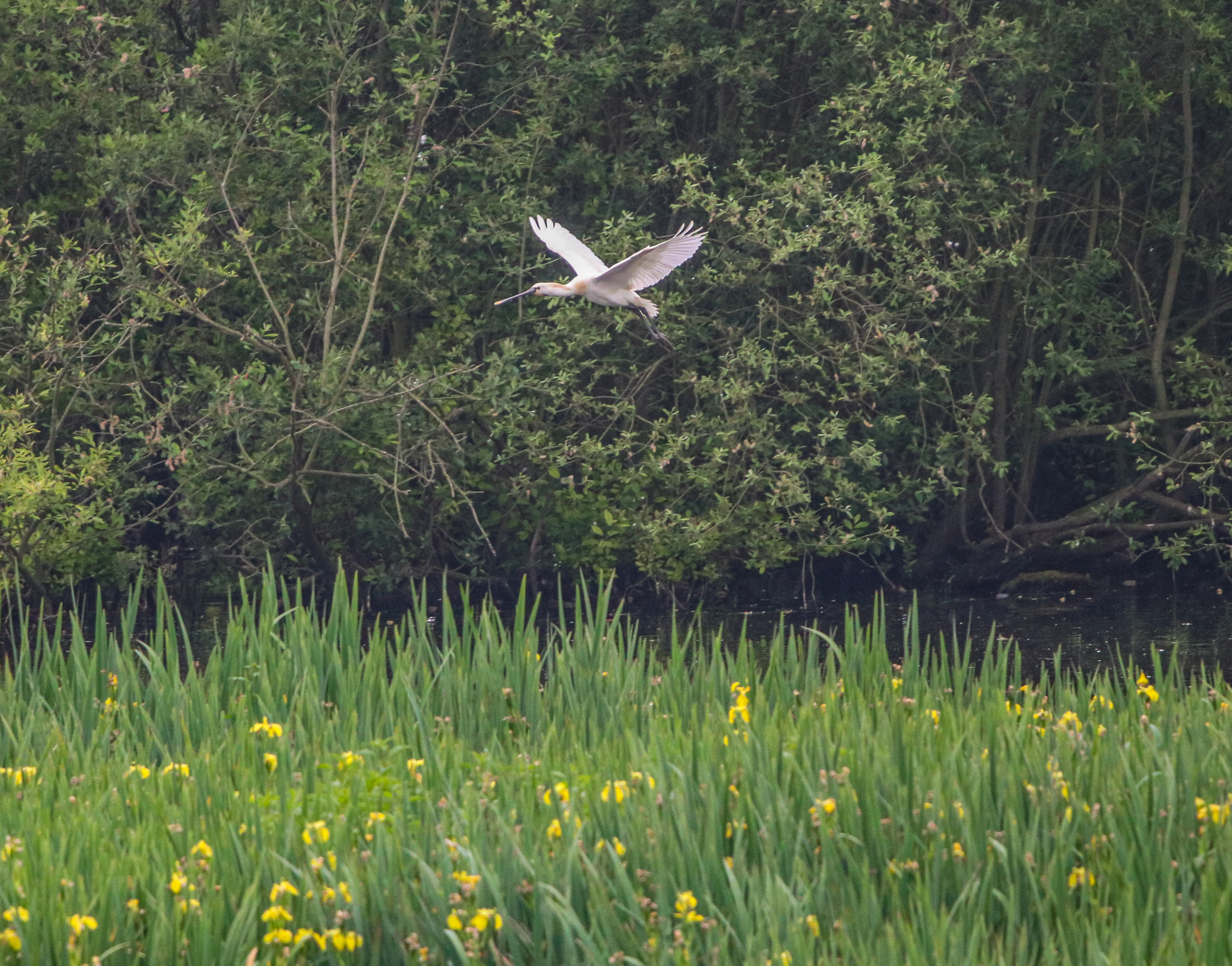 Lots of birds’ migratory routes involve obstacles like mountains. The birds usually have to increase their altitude in order to get over these obstacles. They need to do this even if it slows them down and increases the effort required. Brent Geese flying over the Greenland icecap, which is more than 2,500 km high, have a really hard time of it – with their flight on the way up significantly slower than their flight on the way down. I imagine it’s a bit like trying to do a hill sprint up Snowdon.

LENGTH OF THE STRETCH

The length of the part of the journey that the bird is embarking on also affects the height that they fly at. The reason for this is fairly obvious: there’s no point expending energy flying a long way up for a short journey. This is especially a concern for heavy birds that have a harder time lugging themselves up to high altitudes.

Some birds need to be able to see the ground, so that they can follow visual clues to guide their migration route. These birds reduce the altitude that they fly at when the cloud lowers so that they don’t lose their way and waste vital energy flying in the wrong direction, or end up tired and stranded over the sea or inhospitable terrain.

It gets about 7°C colder for every 1,000 m you rise above sea level. This means that over hot areas, flying at higher altitude helps birds to keep cool and avoid wasting water panting to cool down (yes, that’s a thing birds do). Equally, in cold areas, flying at lower altitudes helps to reduce the energy required to keep warm.

Soaring birds are a different kettle of fish. They travel using thermals, and thermals generally only extend about 1.5 km up – so they can’t really exceed this altitude, unless slopes deflect the wind further upwards. They’re also constantly changing altitude, because they fly by circling upwards on thermals, then decreasing their altitude as they move forward before hopping into another thermal and rising again.

Many soaring birds are birds of prey, and smaller birds benefit from flying at higher altitudes above the altitudes at which the predators fly.

Speaking of kettles of fish, seabirds also migrate at a lower altitude. Most of them fly just a few metres above the surface of the sea, to benefit from updrafts generated by wind hitting the waves. When these birds cross land, they tend to climb much higher. 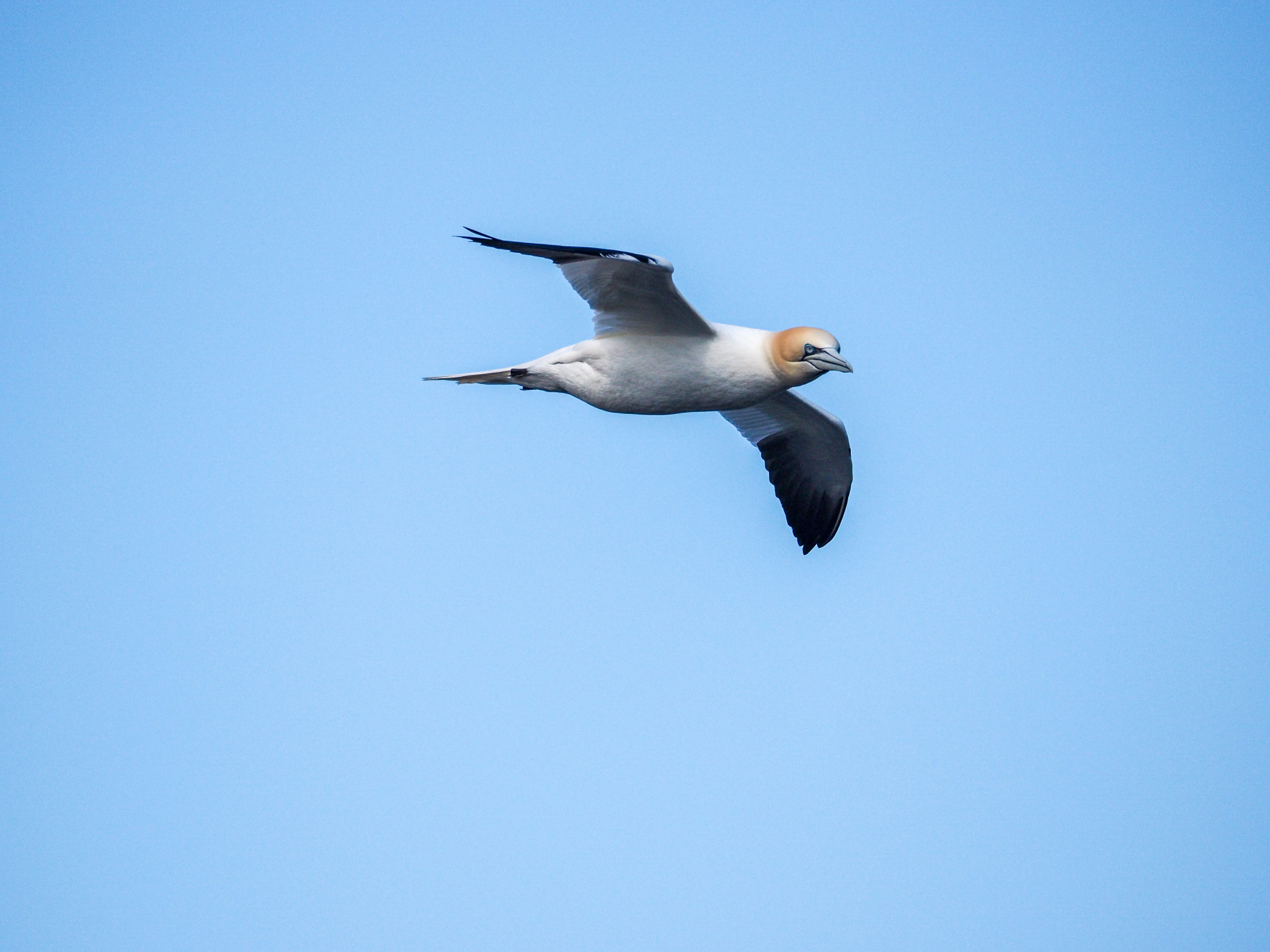 SO, ICARUS, IS HIGHER ALWAYS BETTER?

In short, no, and (unlike Icarus) birds know this. Smaller birds and birds carrying less fuel need to be especially careful about high wind speeds at high altitude, because they are more likely to get blown into a dangerous obstacle or blown of course – and if they get blown off course, they could end up somewhere without food reserves. Altitude of flight depends on the temperature, the weather, the weight of the bird, the fuel reserves of the bird, and the species – with some species pretty much always sticking at lower or higher altitudes.