It’s the end of February and it’s right before the start of nesting season – you need to get your house in order so that you can enjoy this magical time of year. Here’s your to do list.

WHEN IS NESTING SEASON?

Bird nesting season in the UK is March-August inclusive. This season is important, because it covers the months of the year that most birds will be nesting, although you should still be wary of disturbing nesting birds outside of this time as some birds nest earlier or later. It’s also the time of year that other wildlife like frogs, hedgehogs, badgers, hares, deer and foxes will be starting this year’s family.

This is unlikely to affect you unless you’re knowingly harming nests with your gardening activity, but let’s lay out the law first.

The Wildlife and Countryside Act 1981 makes it an offence to intentionally:

If you know something will happen as a result of your actions, then you have intentionally caused that outcome – so if you know a bush you’re cutting has nesting birds in, you’ll be committing an offence.

You shouldn’t cut hedges, bushes or trees between the start of March and the end of August because you’re likely to damage nests – you might even destroy eggs or kill young birds. Late February is the perfect time to cut back in your garden because deciduous trees and bushes are easier to wrangle without their leaves and, frankly, there’s not much else to do in February anyway.

If you think you need to trim a hedge or bush between the period of March to August, you don’t. Just wait until next year – it’s really not worth risking harming birds. The advice is that if you cut during this time you must check very carefully for nests before carrying out the work, but unless you spend a LOT of time in your garden looking at the hedge you’re unlikely to know whether a bird is nesting in there – even when I know a bird is nesting somewhere it’s still often very difficult to actually spot the nest, so the chances you’ll be able to confidently tell yourself there definitely aren’t any baby birds in the hedge you’re about to chainsaw is slim to zero so get it out of the way now before the season starts.

2. PUT YOUR NEST BOXES UP

The wildlife real estate market is about to make a real take-off, so now’s the perfect time to hang nest boxes for birds and bats and install nest boxes for hedgehogs. 3. PUT YOUR HEDGEHOG FOOD AND WATER OUT

As well as the month for nest-building, March is also the month that our hedgehogs tend to come out of hibernation, so start leaving out food and water again. If you’ve never fed hedgehogs before, now is a great time to start! They’ll be hungry and thirsty, so create a feeding station and leave out heavy, shallow dishes of water and hedgehog (or dog or cat) food.

4. MAKE SURE YOUR CAT HAS A BELL ON ITS COLLAR

Domestic cats catch around 27 million birds in the UK each year. Yes, 27 million! In 2018/19, there were 7.5 million cats in the UK, meaning on average each cat catches 3 or 4 birds a year. They also catch 57 million mammals each year and 5 million reptiles and amphibians – when you take these non-avian catches into account, each cat catches an average of 12 prey items a year.

In the case of almost all birds in the UK (with limited exceptions including the swift), fledglings spend time on or close to the ground for at least a few days after they leave the nest – at this time, they’re particularly vulnerable to predation by domestic cats.

Whilst the current scientific research isn’t extensive enough to determine for sure that domestic cats are having a serious impact on bird populations, it makes sense to try to minimise the amount of wildlife that your cat is able to predate – both to preserve our rapidly declining species and promote the balanced ecosystem of your garden, and to lower the number of times you’re chasing a poor half-chewed mouse around your living room or picking up a recently deceased frog from your doormat.

You can do this by keeping your cat in overnight, or keeping it away from the garden when fledglings are on the ground, and it’s also worthwhile putting a bell on your cat’s collar – it’s a cheap and easy way to reduce the chances that your cat will be able to sneak up on prey.

5. SET UP YOUR WILDLIFE CAMERAS

If you’ve got wildlife cameras, now’s the time to get them back on! If you haven’t used one yet, consider putting one in a bird box, next to a bird or hedgehog feeding station, or near a pond to see what’s going on in your garden at night or while you’re at work. There are lots of options out there, from (reasonably) affordable trail cams to pro set ups but even the cheap end of the market will give you a magical insight into the activity in your garden.

You can add pond cams and feeding station cams whenever you like, but it’s important that you sort any nest box cams now so as to avoid disturbing nesting birds during the nesting season – remember to check the set up thoroughly and allow for power access and remote download of the footage because you won’t be able to retrieve the camera until nesting season is finished at the end of August.

Everyone is starting to get more active now that spring is arriving, and you might see snuffling hedgehogs, birds having a bath, foxes on the prowl, parents feeding their hungry young, or even badger cubs playing around if you’re really lucky! 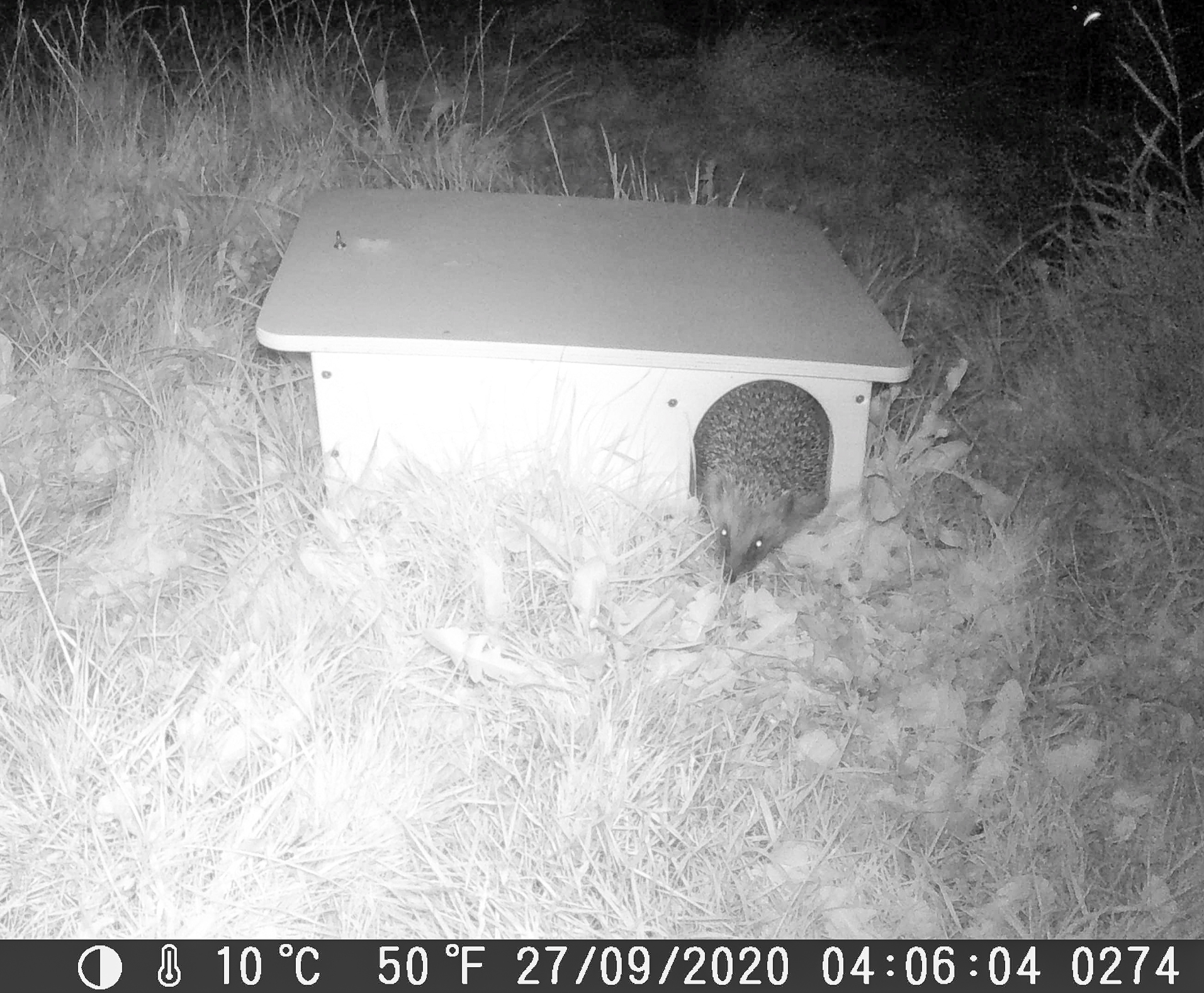 As I noted here, birds don’t feed their young from garden feeders, so even if you’re putting out seeds for your resident feathered parents, this will do them no good when it comes to feeding those hungry mouths.

Garden birds feed their chicks insects, so think about digging a wildlife pond, planting insect-friendly plants and flowers, refraining from using pesticides, and leaving areas of habitat such as longer grass or wood piles. 7. PROVIDE WATER FOR YOUR GARDEN BIRDS

Feeding hungry chicks is thirsty work! As the weather gets warmer, put water out (ideally at feeder and ground level) in shallow dishes so that birds can drink and bathe. Leave it out overnight to help hedgehogs and foxes.

This is the most important thing to do. Enjoy this wonderful, vibrant, hopeful time of year! Take joy in watching birds collecting nesting material, in watching adorable hedgehogs amble across your lawn, in swooping bats in the dusk light. Notice and appreciate the new life around you, and take the time to allow the natural world to lift your spirits.

On the number of cats in the UK: https://www.statista.com/statistics/515381/cats-population-in-the-united-kingdom-uk/

On the number of birds killed by cats: https://www.rspb.org.uk/birds-and-wildlife/advice/gardening-for-wildlife/animal-deterrents/cats-and-garden-birds/are-cats-causing-bird-declines/

On the number of prey catches by cats, including that bells are effective at lowering numbers: https://www.mammal.org.uk/wp-content/uploads/2016/03/Domestic-Cat-Predation-on-Wildlife.pdf

On the breeding season for birds: https://www.rspb.org.uk/birds-and-wildlife/advice/gardening-for-wildlife/plants-for-wildlife/garden-hedges/hedge-law/