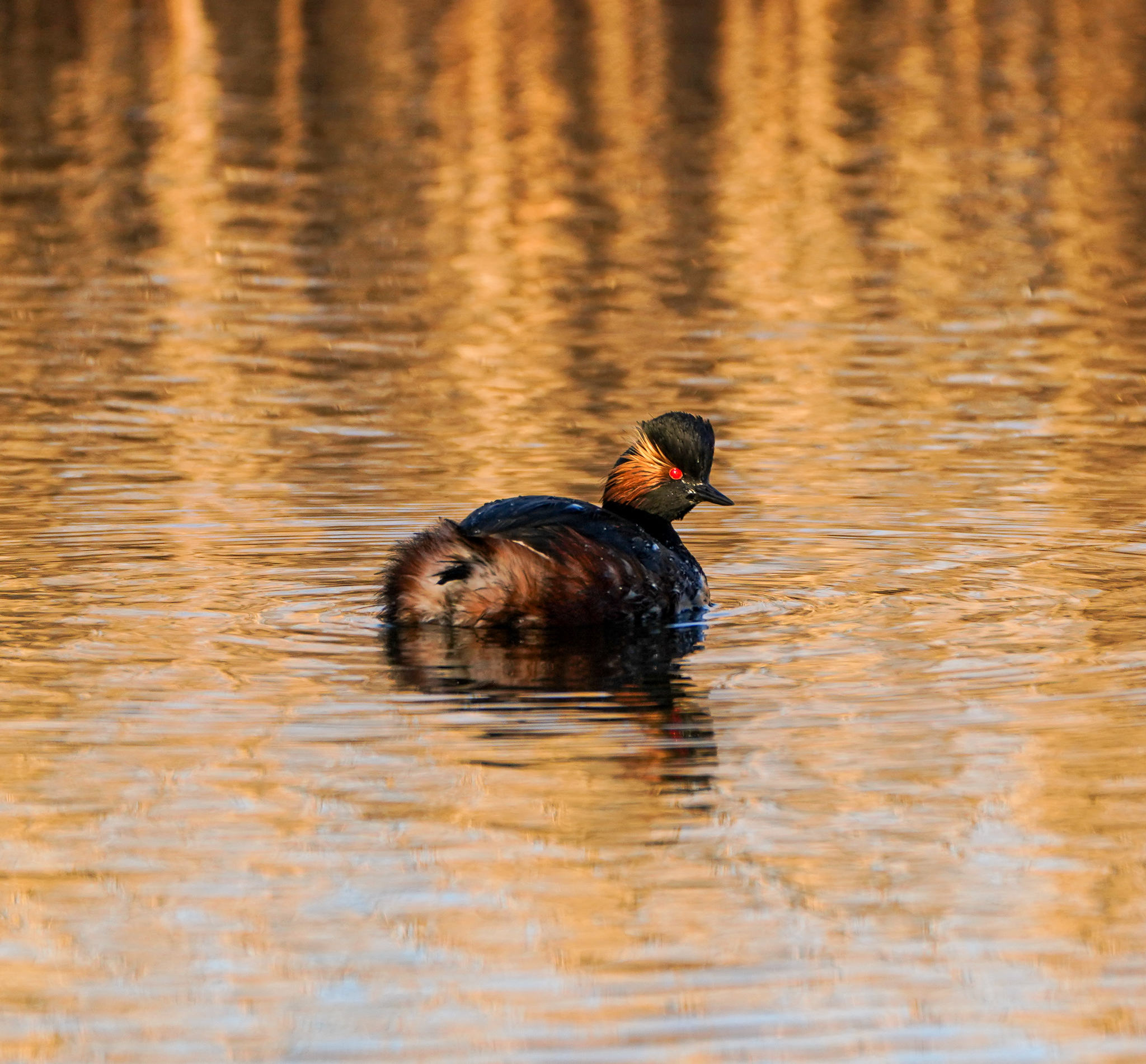 St Aidan’s is one of my favourite RSPB reserves. Not far from the centre of Leeds and a short drive from RSPB Fairburn Ings, the reserve is an ex open cast coal mine but is now given over to nature.

Let me take you on a journey around this lovely place. If you're planning a visit, it's worth having the RSPB's map of St Aidan's open while you read!

When you arrive at the carpark, you’re greeted with panoramic views over the reserve. To the right of the carpark is an old coal mining machine, but beyond the machine and the car park, the reserve is closed in by hills on all sides, making you feel like you’re in a far-off land.

The first thing you’ll notice is the cacophony of bird calls that greets you as you begin down one of the paths into the reserve. Take the righthand path and make a stop to inspect the mining machine.

It’s adorably named Oddball because it ran on an unusual voltage and made odd noises. Sometimes it still makes odd noises…do you hear any soft, low hooting?

Look carefully at the ledges on the machine and the piles of sleepers propping the machine up. Can you see a well-camouflaged little owl perching there? 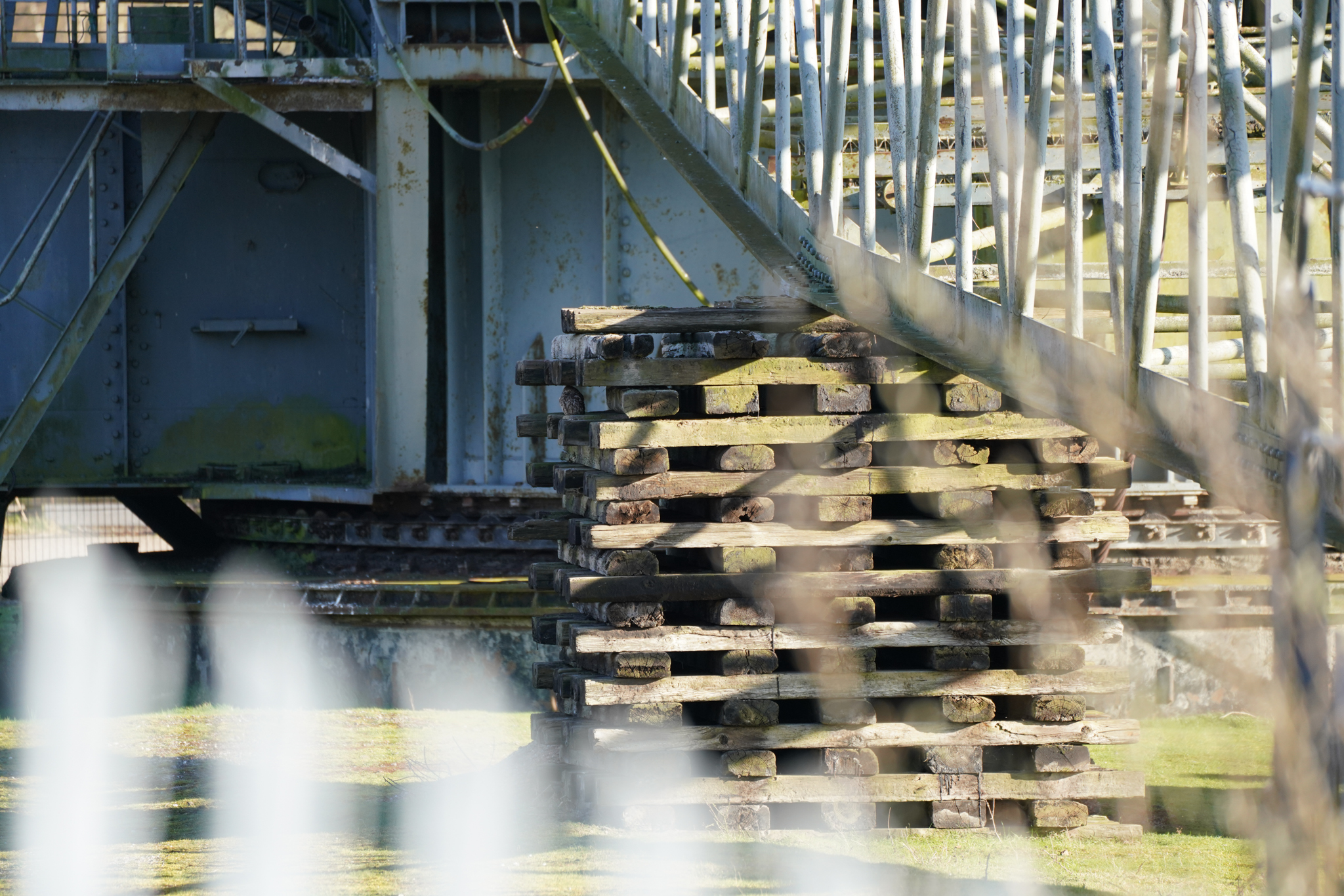 Can you see the little owl hiding in the sleepers near Oddball?

My visit to St Aidan’s this year was the first time I’d seen a little owl, and it seemed to be hooting in its sleep. I listened to a series of five soft hoots repeated with its eyes closed – a stark contrast to the screeching gulls across the reserve. Little owls can also make a harsh yelping call that you might hear if they’re more active. 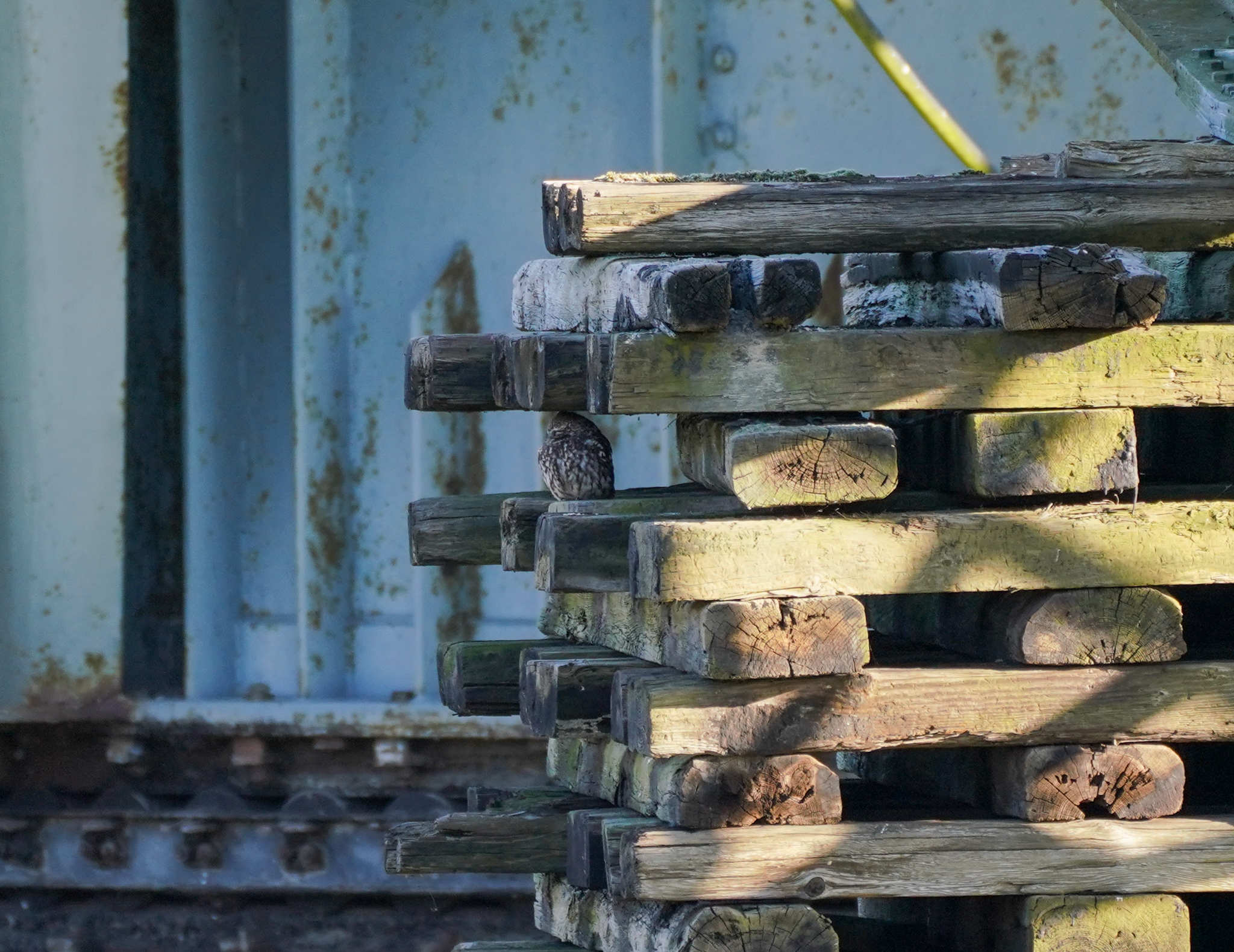 WALKING BY THE WATER

On your way down to the reedbeds, passing in front of Bowers lake, look out for birds of prey over the pastures and the hillside on your right-hand side, in front of Oddball. I watched a male kestrel hovering and perching in this area for a good ten minutes, with buzzards circling overhead. 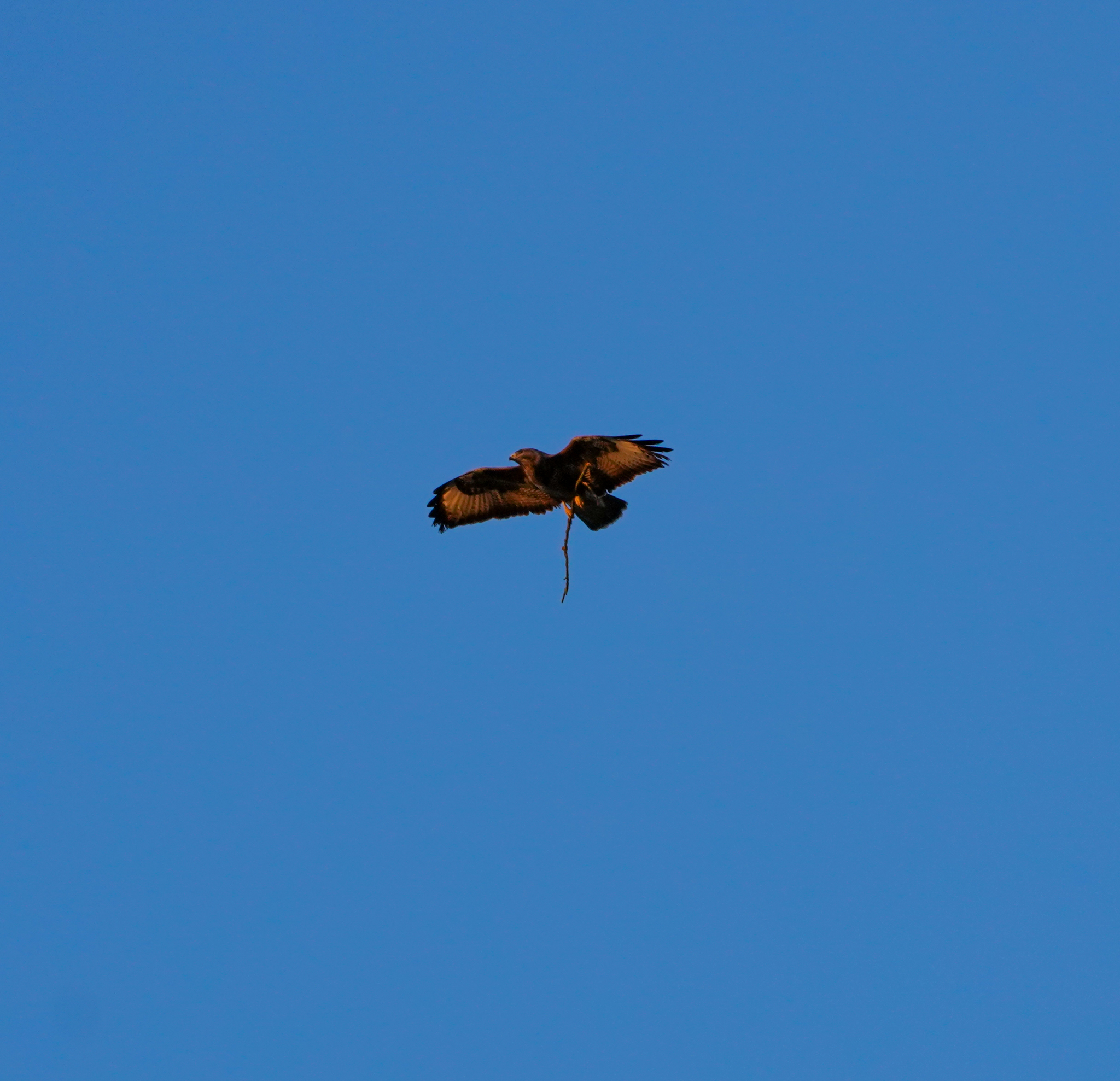 If you’d like a tree-lined walk, head up behind Oddball to the path (called the hillside hike) at the back of the pastures that runs in front of the hillside and loops back round to the main path down to the pools. Spend some time looking at the geese on the fields – are there any barnacle geese hiding amongst the Canada geese?

Once you’re down by the water, the paths criss-cross around the reserve through the eastern and western reedbeds, and there’s so much to look at you won’t let go of your binoculars. If you like identifying gulls, I hope you’ve got a few hours to spend down there! The causeway takes you right through the middle of the reedbeds, and you’ll have birds all around you.

Listen amongst their screeching for the booming call of a bittern. Deep and eerie, it sounds like the giant from Jack and the Beanstalk is blowing across the top of a huge bottle.

Easier to hear than they are to see, bitterns are secretive and extremely well camouflaged. Keep your eyes trained on the reeds and you might be lucky enough to see one step forward from cover. They’re most often seen in flight, so keep your eyes on the skies too – and look for ghostly white-winged marsh harriers whilst you’re at it.

As the light turns golden, keep your eye out for some grebes with snazzy eyeliner – black-necked grebes look resplendent in the evening light. Pairs of great crested grebes bring each other gifts of weeds - later in the year, you might see their red, black and white striped chicks resting on their backs. 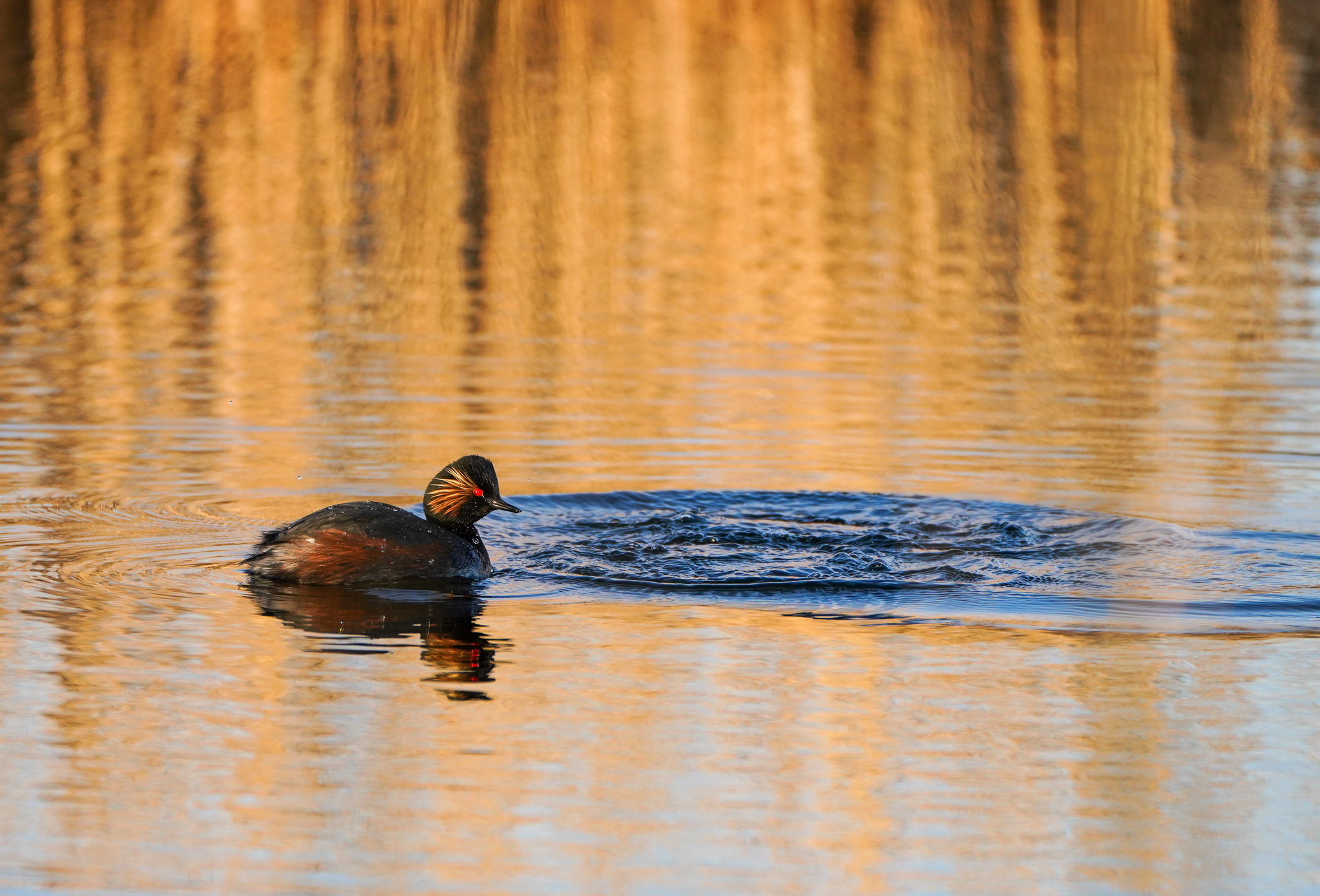 On the way around the back of the reserve, in the western reedbed, watch the skies – you might see displaying lapwings, ‘pee-wit’ing and flashing their white flight feathers. Watch them dip and swirl and spin. 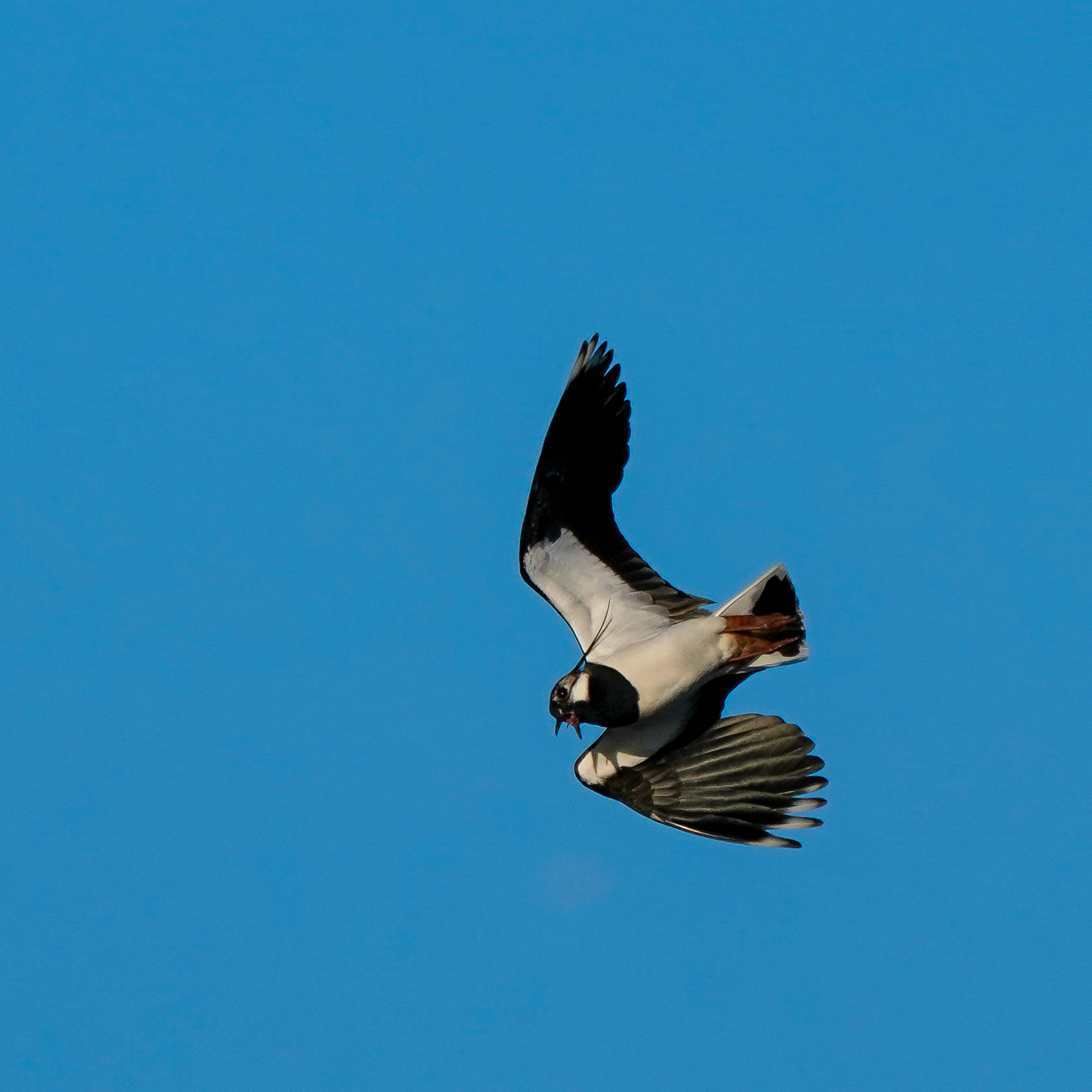 TIME FOR A SWIM?

As you come back round past the main lake, if you’ve got the time (and the cold tolerance), there’s an area closer to the car park where people go swimming.

The swimmers looked refreshed and relaxed, although I can’t say I took a dip myself.

Get yourself back up the hill by the carpark and visitors’ centre in time for sunset. Take a perch on the sloping lawn and watch the sun set across the reserve.

Keep your eyes peeled for a barn owl – I didn’t see one, but there were reported sightings in the week that I went. 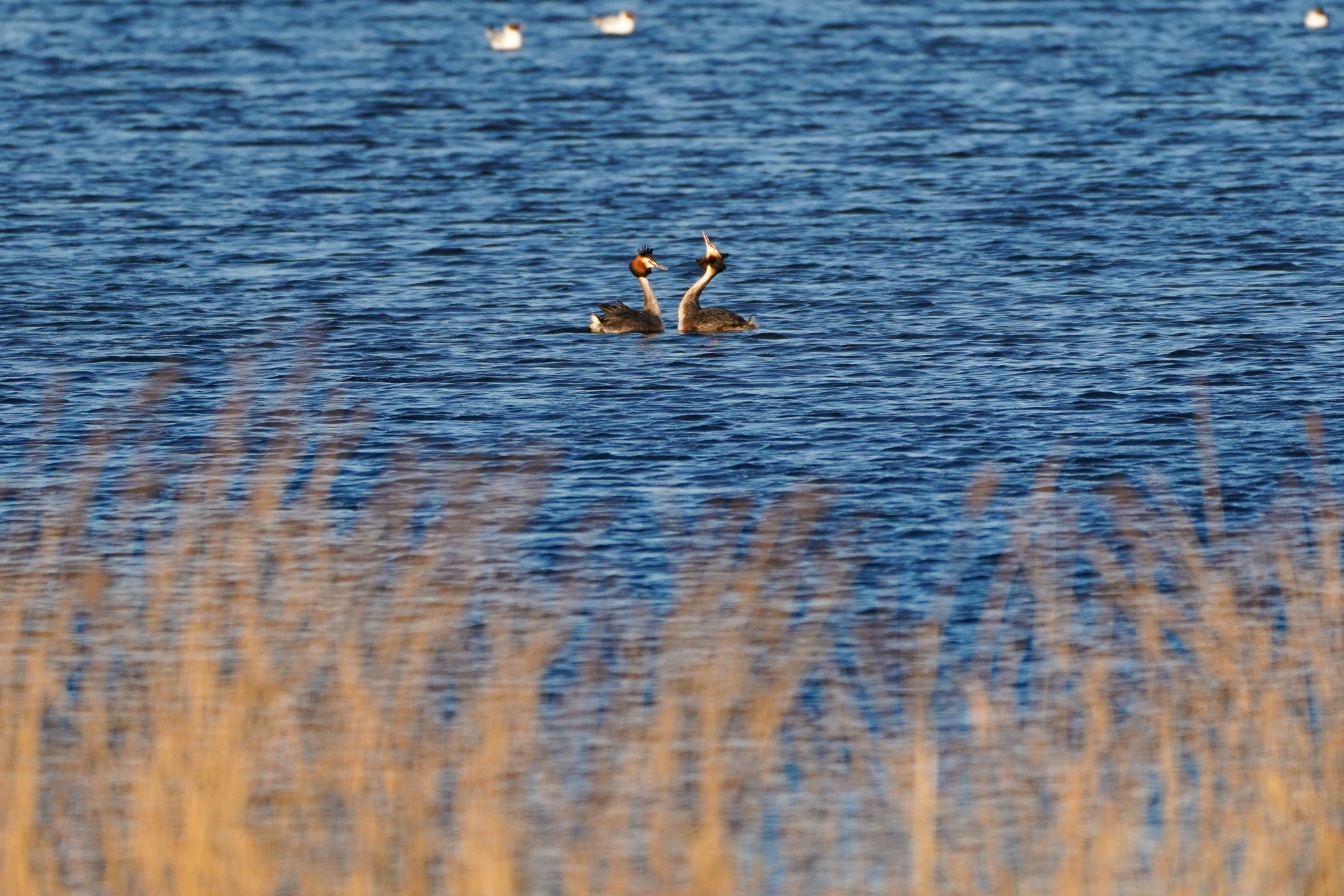 A pair of great crested grebes

GET OFF THE BEATEN TRACK

I only had a few hours, so I stuck to the main paths round the reserve, but there’s so much more to explore next time! Footpaths are signposted off from the pastures and the hillside, and Fleakingley reservoir and Astley lake are on the far side from the carpark, behind the reedbeds. The River Aire runs around the southern side of the reserve, and to the left of the carpark are Lowther and Oxbow lakes, where you can admire the lily pads.

In the summer, gulls’ chicks hatch on the nesting islands, dragonflies descend and butterflies beguile. In autumn, the reserve is visited by migrating waders like black-tailed godwits, and starling murmations draw shapes in the sky. Even in winter, the reserve is a hub of activity, with wintering waders wandering.

Have you visited RSPB St Aidan’s? Got any more tips on what to see and where to walk? Let me know! Links to socials below.

HOW TO SEE KINGFISHERS

If you don’t have the gift of being a Snow White (welcome to the club), you can increase your chances of seeing charismatic or unusual wildlife by knowing how to look for them, and once you see one or two it’s easier to spot them again.